A. Atkinson, who is participating in her fifth Olympics, swam in the 100 breaststroke preliminary heats on Sunday night.

She did not advance to the semi-finals after placing third in her heat. A. Atkinson has qualified for the finals of this event at the last two Olympic Games, finishing fourth in London in 2012 and eighth in Rio in 2016. 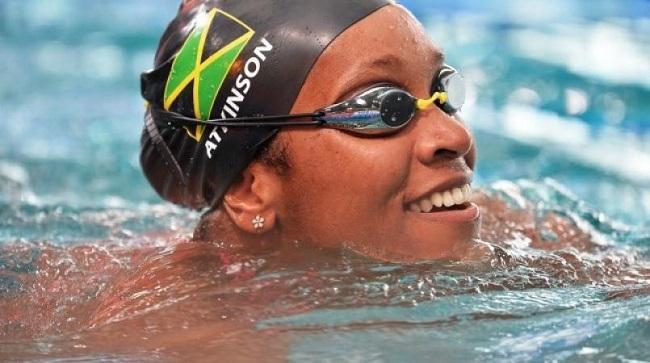 “If you meet me next year, then ask me what happened,” she said to the Jamaica Observer. I still have the remainder of the year’s World Cups and the ISL [International Swimming League] to compete in, so we’ll see what happens there. Then in December, we’ll probably take a look at where I am in life.

A. Atkinson has moved on to planning the subsequent stage.

I’m releasing an autobiography, which should be interesting, and I’m teaching swimming and running camps in different parts of the world, both of which should be enjoyable.

I want to invest more time into writing children’s books to see whether that’s a field I can succeed in. I’ve always been interested in that direction, but never had the time to devote to it.

One of the slower heats in the women’s 100-meter breaststroke on Sunday meant that Jamaica’s most decorated swimmer, Alia Atkinson, would not advance to the semifinals.

The Jamaican swimming star, competing in Heat 3, achieved a first 50-meter time of 31.48 seconds, giving her a narrow advantage over the rest of the competition at the halfway point. However, she slowed considerably in the final metres, finishing third in a time of 1 minute, 7.70 seconds. The time for A. Atkinson second leg of the race was 36.22 seconds.

The 19-year-old Lithuanian Kotryna Teterevkova won her heat in a time of 1:06.82, placing her among the top 16 quickest swimmers and guaranteeing herself a ticket in the semifinals.

Anna Elendt of Germany was second in her heat and advanced to the finals with a time of 1 minute, 6.96 seconds.

A. Atkinson had made it to the Olympics for an unprecedented fifth time in a row.

While the 31-year-old has yet to bring home a gold for Jamaica, she did have a breakthrough performance at the Olympic Games. She competed in the 100-meter breaststroke at the 2012 Olympics in London and placed fourth overall.

After finishing in a tie with Tera van Beilen of Canada in the semi-final, she advanced to the final after winning a swim-off. She subsequently clocked in at 1:06:93 in the final to become the second Jamaican ever to place in the top four of an Olympic swimming event.

Thanks for reading our article A. Atkinson Olympic Games Tokyo 2020. Continue reading and have a good day.