If you are one of the users of the Windows operating system, it may good to you. But there are many issues that users are facing and unable to find what is going wrong in the system. So, users just need to learn some skills to solve the troubleshoots and to continue the Windows working smoothly. The Kmode Exception Not Handled error is commonly known as the Blue Screen of Death errors (BSOD).

Kmode Exception Not Handled occurs when the system suffers from some unwanted blows and crashes. It leads to stop the working of the system when you are incapable of solving the issues. The main reason behind this issue is the Kernel Mode Program causing an exception that incapable of identifying. Kmode Exception Not Handled error is varied from one system to another system.

Causes of Kmode Exception Not Handled

This error messages will appear on the name of the file that causes the errors.

After knowing the reasons or the errors, it becomes very easy to fix the Kmode Exception Not Handled errors. In Windows 10, it can fit easily within few minutes.

How to Fix Kmode Exception Not Handled in Windows 10

Now we have discussed some best ways to fix the Kmode Exception Not Handled error easily in Windows 10.

When Kmode Exception Not Handled error message appears on display, it shows the name of the driver that caused the troubleshoot in the operating system. Then you have to small things to clear this issue. At first, you have to uninstall the driver which caused the error. And then reinstall the same driver with the latest updated version. Following steps are gives you a guideline to solve this issue:

Step 1: At first, Click the Windows key + X then, the menu is displayed on the screen.

Step 3: Then select the driver, which showing an error and uninstall the driver.

Step 4: After the uninstallation, download the same driver again with the latest updated version.

Step 5: Now install the driver on your operating system.

Step 6: At last, restart the system.

After following these mentioned steps completely, the Kmode Exception Not Handled error should be resolved. The system works smoothly. It does not get resolved, and it may be errors due to some other factors but not due to the driver. Then the following methods will be solving your system’s issues.

Method 2 – Free UP Memory Space on Your Computer

Kmode Exception Not Handled occurs due to the low space of memory disk. After extended the use of your system, the system has various files and folders that include old documents, old downloads, and also unwanted or unused files. These things may cover a lot of memory space in your system. It becomes a major issue as the Kmode Exception Not Handled error. To avoid this situation, you have free up the memory space. The following steps can guide you to free up space on your system:

Step 2: Turn ON the storage sense to have Windows delete unwanted files automatically.

For manual setup, select the change how we free up space automatically to manually setup.

Now you can choose a clean option to delete unwanted files as you need.

Step 2: Search the app that unnecessary to use anymore. Now select the app and uninstall it for more space.

Step 1: At first, start the system and click any key.

Step 2: Then select the Repair Your Computer.

Now the system is in safe mode. And you can check the issues of errors and fix them. It will fix the Kmode Exception Not Handled error.

Note: For the systems which cannot access Windows 10 software, you have to enable the Legacy Advanced Boot by installing the Windows 10 media, such as DVD or USB flash drive.

Step 2: Click Del or F2 to enter BIOS. Check the motherboard manual to know the key to access the BIOS.

Step 3: Now, make the required changes in BIOS, save, and exit.

Step 6: Enter the Bootmenupolicy Legacy in Command Prompt and click Enter to run it.

Step 7: If you did correct, then you will see a message The Operation Completed Successfully in Command Prompt.

Method 4 – Update the Drivers to the Latest Version

Updating the drivers by manual setup is a time task, and it takes more time for drivers to are being downloaded and installed. So, users are too lazy to update the drivers. Thus, old versions that are not updated can cause errors in software, and it lags your system while working. So, an update is necessary for drivers and software on time to time. The following steps can be helpful to you to update the drivers by manual setup:

Step 1: At first, Click the Windows key + X. Then, the menu displayed on the screen.

Step 2: Choose the option Device Manager from the list.

Step 3: Now choose the unknown driver, which is to be updated and select it. And click on the Update Driver.

Step 5: Wait for some time to update all drivers.

Step 6: At last, restart the system for the changes to make the effective performance of your system.

Note: There are some changes to attack again Kmode Exception Not Handled errors after the drivers updated also. 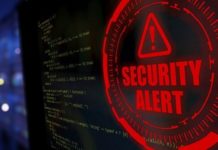 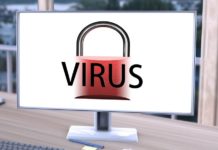 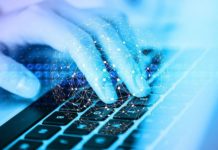 Can’t Connect To This Network Guide