More
Home Windows Unescapp.exe – What is it, and Why is it Randomly Starting

Unescapp.exe is a Microsoft Windows system program, and it is related to Windows Management Instrumentation. It serves as a transporter of information from your computer to a remote server.

It brings the information to the program running on your computer. It is a component of the operating system. In some Windows versions, it automatically starts, while in the modern ones, it operates only when needed. It basically acts as a sink to receive asynchronous callbacks for WMI client applications.

In this article, you will learn all about Unescapp.exe in detail.

In plain words, Unescapp.exe is a part of the Microsoft Windows operating system and assists in the management of various functions and data according to the requirement.

It is an executable file and is used for the proper handling of various operations to create a good functionality of the system. It also acts as a protector against harmful files.Unescapp.exe is an integral part of the internal management process.

When you are running a program that connects your computer to the remote server, it is important for this file to process the data to the program being used currently.

WMI, which contains Unescapp.exe as a part of it, itself is an important tool for the developers to build programs and manage all different kinds of processes of the OS.

Why Is Unescapp.exe Randomly Starting?

Unescapp.exe might start randomly, but in reality, it is only beckoned by the operating system when it is required to act as the channel between your device and an external remote server.

It fetches the data and transfers it between the two systems. This file is very useful in cases of applications related to games, networking platforms, antivirus software, and others. It has been configured to automatically start when applications and softwares require it for better performance.

You can surely disable unescapp.exe if you want to but it is important to note that it deteriorates the functionality. The reason for this is that your device will not be able to use WMI which is important for creating the right environment for running different applications and softwares.

Disabling this file can lead to poor performance. Third-party applications that require the use of WMI will not work. Hence, you can disable it, but it is not recommended because Unescapp.exe is necessary for processes to work on Windows OS.

Can Unescapp.exe Be A Malware In Disguise?

Unescapp.exe itself is a safe file but some malware and ransomware programs may be hidden under its name by attackers. Security of computer systems nowadays has become tighter than ever, keeping in view the number of hackers rising every day. They create harmful programs for your computer for hindering privacy.

If you are suspicious, you can follow these steps to confirm-

If it is placed in C:\ Windows \ System32 \ wbem, there is very little chance of it being harmful. You may also use ‘Scan with Windows Defender’ to rule out the remaining chances as well.

In case your computer does not contain the Unescapp.exe file, Windows automatically creates it.

Unescapp.exe is a harmless and important file for executing the processes of your computer system properly. It is constituted in Windows Management Instrumentation and is integral for good functioning.

Although it is a safe file, you should always be aware to avoid attacks by damaging virus programs obscured under its name, and maintain your privacy. From the information gathered, it is clear how useful it is. There are a number of applications and softwares dependant on it for them to be able to run on the device.

Windows Modules Installer Worker – What Is It and High CPU Issue 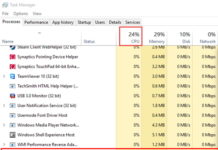 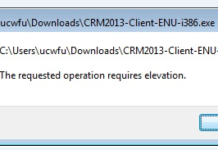