A salmonella outbreak had come out of nowhere in the United States. This is a very major issue in the middle of the rising cases of coronavirus cases. The outbreak of salmonella has come from an unknown source and the authorities have not been able to locate where it started from yet.

The outbreak had spread to at least 29 states and it is still counting. The outbreak had affected 280 people. More than 2 dozen people have also been hospitalized because of a serious condition. The only good news regarding this is that there had been no death or loss of life because of the outbreak. 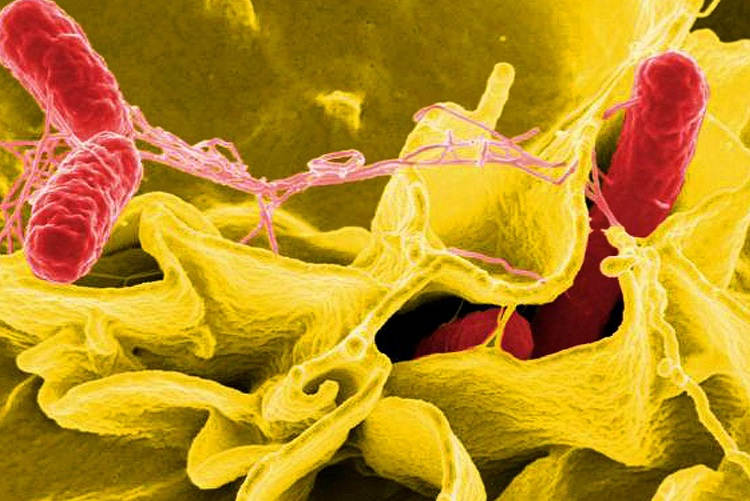 The numbers and the statistics are coming from the Centers for Disease Control or more commonly known as the CDC by the people. Therefore we can say that the statistics are to be believed. They have also created a map that we can see in case of the info is to be mattered. Let’s take a look at which state has the highest number of cases for now.

So according to the map that had been created in accordance to the disease so far, Texas has the most reported illnesses, the number rising up to around 81. This had been followed by Illinois and Virginia both of them having cases which have around 23 and 22 reported cases, respectively.

Minnesota comes in next with 19 cases of the salmonella outbreak and then we can see Massachusetts, with 10 cases. So these are the top 5 states that have been most affected by the outbreak. There is a possibility that it started or came from any one of the 5 places or states that we just mentioned. However, we are not sure about that yet since no reports have been made regarding the origin of the outbreak as we had stated earlier too.

What happens next is not known. They are trying to figure out where it came from. We will be sure to keep you updated. Stay safe from all the diseases out there till then.