Just three weeks after fatal tornadoes ripped across Kentucky, a state of emergency has been proclaimed again due to flash flooding, power outages, and property damage, including from a potential tornado in Hopkinsville. 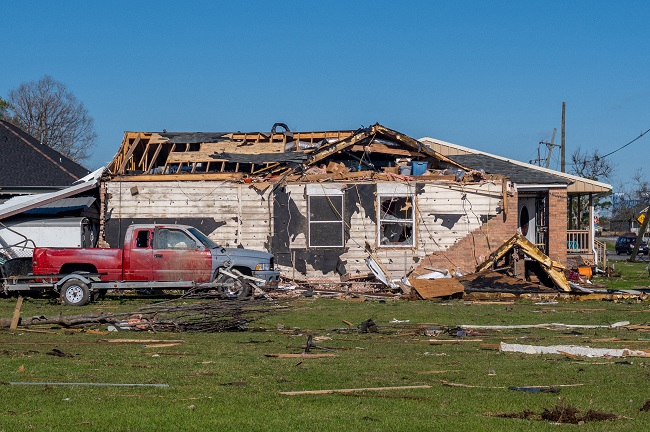 On Saturday, with much of Kentucky and West Virginia under a flood warning, Governor Andy Beshear issued a state of emergency despite no immediate reports of injuries or deaths. It was reported that a tornado watch was in effect for parts of eastern Kentucky, Tennessee, Arkansas, Louisiana, Mississippi, and Alabama.

As the state was still picking up the pieces from the December tornadoes that killed more than 90 people across five states, including 77 in Kentucky, these new storms have hit.

The Governor’s Office in Kentucky

The Governor’s Office in Kentucky stated that numerous road closures and water rescues occurred in the southern and central parts of the state due to the recent flash flooding.

As the day progressed, much of Kentucky was forecast to receive further heavy rainfall, which, combined with an approaching cold front, could make emergency response activities more difficult.

A suspected tornado struck the city of Hopkinsville in southwestern Kentucky, causing damage to multiple establishments in the central business district.

WTVF-TV stated a Marathon filling station’s roof had blown into a nearby park, and a nearby Family Dollar shop had been severely damaged. Many power wires were reportedly fallen and the roofs of surrounding buildings were damaged.

According to the governor’s office, several residences were destroyed in Taylor County, located in the heart of the state.

It’s tragic that we’re having severe weather again so soon after the catastrophic storms in western Kentucky. Beshear stated in a statement, “Unfortunately, some counties have been touched by both of these disasters.”