If you are a gamer, then you have definitely played Skyrim. You have spent days, weeks, and after months you have completed this game. But now people don’t want to play this game because of its low graphics.

You have also play Dragonborn in which you can slay big dragons in the sky with a mighty destruction spell. There is a mysterious one thing that massive mace with glowing red eyes you acquired during that one quest, it awakens for more. Don’t worry about it as there are various Alternatives to Skyrim that have high graphics and very adventures. 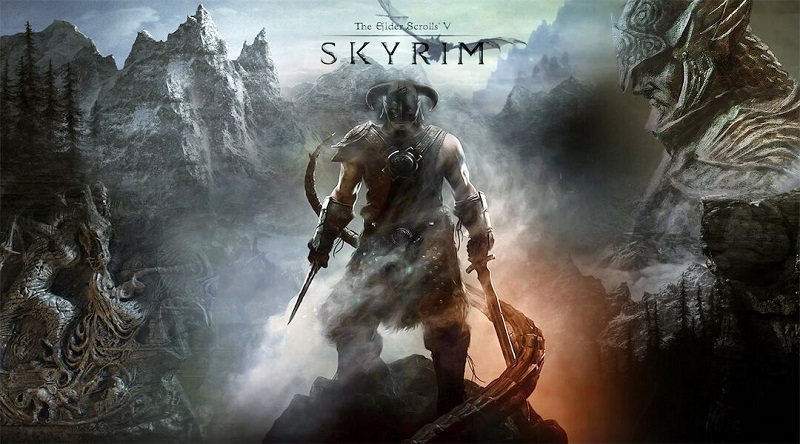 Here is the list of games that has a fantastic storyline and are popular in today’s world. You will experience the same style, mechanics, or story-telling like before in Skyrim.

Dragon’s Dogma: Dark Arisen is an action role-playing hack and slash game. It is developed by Capcom. It is available on Windows, Xbox One, PS4, and Nintendo Switch. It is in an open-world environment and played from a third-person perspective. You can able to select any locations from Fighter, Strider, Mage, Warrior, Mystic Knight, Ranger, Assassin, Sorcerer, and Magic Archer.

This game has developed for those who don’t even play any action games before it. You can easily grab or cling to enemies or objects. You can use this for more advanced attacks. It has the game’s level designs and environments as Devil May Cry and Max Payne 3.

Dragon’s Dogma: Dark Arisen doesn’t have a multiplayer mode feature, but you can compete online with asynchronous encounters called Events via Xbox Live or the PlayStation Network. There will be an awesome experience to play with this character. You will love to spend lots of hours on this game.

You have the option to create your Arisen looks. There are advanced skilled level fights; it is up to you how to tackle them. It can easily take your interest in and mystery adventure game. It includes an extra dungeon dubbed Bitterblack Isle, with additional weapons and armor.

Elder Scrolls 4 is an open-world action role-playing game. It is available on Windows, Xbox 360, and PS3. It is developed by Bethesda Softworks, Bethesda Game Studios, 4J Studios, Superscape. If you are tired of playing Dragonborn, but you are still for more adventures in the Elder Scrolls world.

Skyrim precursor is the conspicuous choice. It is initially released in 2006. It is a type of game that includes a fast travel system in which whenever you will visit a new location, it will show you an icon on the game world map.

Whenever you want to arrive at the desired location instantaneously by selecting the icon on the map, you can play in either a first-person view or a third-person view. You can change the level of difficulty at any time as per your accordance.

You can restore your health by spells, potions, or resting. When you start this game, you are a prisoner. Emperor Uriel Septim has visited you regularly, which is voiced by Patrick Stewart.

He is accompanied by Imperial bodyguards known as “The Blades.” Sometimes, you find yourself thrown into an adventure to find Septim’s heir and get him on the throne. It is a slightly more complex game. There is combat, a fantastic main storyline, and endless quests and locations to explore if you have never played Skyrim then it is an adventure game.

The Witcher 3 is the best game like Skyrim. It is a role-playing action game. It is available on Windows, Xbox One, Nintendo Switch, and PS4. It is developed by CD Projekt. It is an open world with a third-person perspective.

You can use mutagens to increase Geralt’s magic power. It is based on Poland, Amsterdam, and Scandinavia. You can restore your health by meditation or consumables, such as food and potions. You can take loots from the enemies when you kill them.

There is the various region in the maps, and you have adventures experience after completing mini-mission in these regions. It has multiple activities, such as include horse racing, boxing, and card playing.

You are Witcher, Geralt of Rivia (Doug Cockle). He is a monster hunter trained since childhood in combat, tracking, alchemy, and magic, and made stronger, faster, and resistant to toxins by mutagens.

He is aided by his lover. It was localized in 15 languages, with a total of 500 voice actors. There are endless hours of adventuring to be had. It has the game’s level designs and environments as Red Dead Redemption.

4. Legend of Zelda: Breath of the Wild

Legend of Zelda is an action-adventure game. It is developed by Nintendo. It is available on Nintendo Switch. It was released on March 3, 2017. The developer has introduced elements such as a physics engine, high-definition visuals, and voice acting.

It is in an open-world environment. You have to be tasked with exploring the kingdom of Hyrule while controlling Link. Legend of Zelda has an advanced feature that integrates a “chemistry engine” that defines the physical properties of most objects and governs how they interact with the player and one another.

You have the advantage of the game’s dynamic weather by throwing metal objects at enemies during thunderstorms to attract a lightning strike. You can do various activities such as running, climbing, swimming, and gliding with a paraglider.

There is a various item which has multiple uses such as wooden weapons and Armor can be set to light fires or collect incoming enemy arrows, and shields can be used as makeshift snowboards.

Dragon Age: Inquisition is a role-playing action game. It is available on Windows, Xbox One, and PS4. It is developed by BioWare and published by Electronic Arts. It was released in November 2014. It was nominated for Game of the Year and Best Role-playing awards.

You have the option to customize the Inquisitor’s physical appearance, and gender, among other things. Dragon Age: Inquisition has the best characters in any BioWare game (hello Dorian), lots of epic battles, dragon fights. You can easily enhance your skills.

There are various areas to explore. They have very much potential for replayability. It has a romantic storyline. You had to play through levels and fight against increasingly difficult AI. You have to play with three other players.

You have to unlock new characters in multiplayer mode. You can upgrade and craft items. It has various characters such as Cullen, Leliana, Cassandra Pentaghast, and Varric Tethras.

Kingdom Come is a role-playing action game. It is developed by Warhorse Studios and published by Deep Silver. It is available on Windows, Xbox One, and PS4. It was released on February 13 February 2018. It has positive reviews and a number of Game of the Year awards. It is in an open-world environment and played from a first-person perspective.

You have to be able to use a variety of weapons, including swords, knives, axes, hammers, or bows. There are various different weapons have different characteristics making them useful for different purposes.

Sword is a quick weapon for striking and parrying but is not very effective against heavy armor. You can do with multiple ways to complete objectives to allow multiple character types to be viable.

Kingdom Come has some large-scale feature events such as castle sieges and large battles. There are many clothes that have different protections levels and different guns. You have an unexpected experience with horses for moving or jumping to avoid small obstacles or dangers. They have designed their own AI.

Divinity: Original Sin 2 is a role-playing game. It is developed and published by Larian Studios. It is available on PC, Xbox One, macOS, Nintendo Switch, and PS4. It was released on September 14, 2017. You have to play solo with only one character in their party or with up to three others.

You can describe this game as a “huge open world with hours of hidden content.” Divinity: Original Sin 2 is also available for a competitive multiplayer mode, where you and your competitor are divided into two different teams and fight against each other in an arena map. You can enjoy both features online and local multiplayer modes, both competitive and cooperative.

Fallout 4 is a post-nuclear apocalyptic action role-playing game. It is developed by Bethesda Game Studios and published by Bethesda Softworks. It is available on Windows, PS4, and Xbox One. It was released on November 10, 2015. You have the only option to play this game from a first-person perspective.

You can easily customize your skills to take on roles such as a warrior, bard, thief, or hybrids. You can quickly feel the same mood as playing Skyrim with a different flavor. It is a type of game that includes a fast travel system in which whenever you will visit a new location, and it will show you an icon on the game world map whenever you want to arrive at the desired location instantaneously by selecting the image on the map.

Horizon Zero Dawn is a role-playing action game. It is available on PS4. It was released on March 1, 2017.  It was praised by critics for its open world, story, visuals, combat, characterization, and the performance of voice actress Ashly Burch.

It is played from a third-person view. You can kill enemies in various ways such as setting traps such as tripwires using the Tripcaster, shooting them with arrows, using explosives, and a spear.

You have an adventure experience with different regions such as forest, jungle, desert, and snowy mountain regions. There is a feature known as “Traveller,” which unlocks the ability to jump off the amount to attack enemies.

You have to discover one must scale large giraffe-like machines known as Tallnecks. There is a dialogue wheel used to communicate with non-player characters.

Last but not least, on the list of Alternatives and Games Like Skyrim. Kingdoms of Amalur is a role-playing action game. It is developed by Big Huge Games and 38 Studios, who also published the Game with Electronic Arts.

It is available on Windows, PS3, and Xbox 360. It was released on April 17, 2012. There is four types of people, such as Almain (Civilized Humans), the Dokkalfar (Dark Elves), the Ljosalfar (Light Elves), and the Varani (Nomadic Humans).

You have the option to play in slow motion mode that allows the player to quickly dispatch enemies. Weapons and armors can be purchased from shops, looted from fallen enemies, or discovered among hidden treasures.