More
Home Gaming 5 Best Alternatives to The Lord of the Rings: Rise to War

J. R. R. Tolkien’s The Lord of the Rings (LOTR) is without a doubt the most influential saga in all of fantasy. Apart from the blockbuster movies inspired by the books, LOTR has left an indelible mark in the world of gaming as well. Back in 1982, text-based adventure The Hobbit broke ground in the world of role-playing adventure. It introduced multiple outcomes from player decisions through complex text commands, setting standards for future LOTR-inspired games to come.

Today, the Foxy Bingo review of the White Wizard online slot shows how the game was directly inspired by Tolkien’s tales. With gaming concepts and visuals lifted from one of LOTR’s most prominent characters, it underscores the massive influence that the saga continues to have on even online browser gaming. And now, LOTR is getting the mobile strategy treatment. 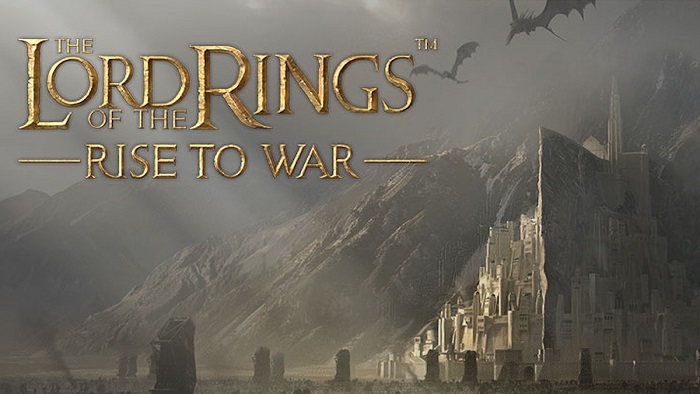 The Lord of the Rings: Rise to War is the latest installment in the world of video games inspired by Tolkien’s tales. The upcoming mobile strategy game features playable characters and locations from the original film trilogy. It also combines roleplaying elements with military strategy and resource management.

5 Best Alternatives to The Lord of the Rings: Rise to War

If you can’t wait for the game to come out of the beta testing phase, or to download the complete, bug-free version of the game, there are plenty of alternatives to The Lord of the Rings: Rise to War that can satisfy your thirst for epic fantasy, action, roleplaying, and strategy.

This game is the simplified, mobile version of Sid Meier’s classic Civilization series. Among the different ways to win the game are to capture your enemies’ capitals, build the World Bank, build wonders of the world, and other economic, military, and cultural milestones of great civilizations. While it lacks magical elements, the epic scope of the game is reminiscent of story lines from Middle Earth, but with a much stronger foothold in reality.

Although similar in scope and theme to Revolution 2, ROME: Total War is a strategy game set in the ancient world, with a focus on military, political, economic, and religious elements. With massive turn-based battles, 19 factions to choose from, and ancient civilizations at your control, Total War is an inside look at the ancient histories that inspired aspects of Tolkien’s writing for LOTR. A history lesson disguised as epic adventure in the ancient world.

Known by many as a game that offers the best of the mobile online battle arena game subgenre, Vainglory is an action strategy game that any fan of high fantasy will absolutely love. Start with five hero classes on the way to unlocking 25 different heroes, the abilities of which can be upgraded down the line to provide unique new battle tactics for the player. There’s even an Academy feature which helps players to better use the combination of unique skills available to each hero.

From the makers of Plague Inc., mobile strategy game Rebel Inc. puts you in charge of a government curtailing an emerging insurgency. Make military decisions to advance your goals without hurting civilians. Ensure that your economic decisions to advance your territories don’t end up increasing inflation or corruption. Convince the rebels to come to your cause without earning spies among your ranks. Based on the results of these difficult decisions, are you a good ruler, or are you the emerging Sauron of this universe?

This game is an expansion of XCOM: Enemy Unknown. And although it’s a science fiction alien-fighting game, it has all the elements that make it comparable to Rise of War. Stop the advance of the alien enemy faction by defending and reclaiming human territories, upgrade your troops’ equipment and abilities, and experiment with different battle tactics to see which is the most effective according to the challenges at hand.

These are just some of the games that can stand as alternatives to The Lord of the Rings: Rise of War. Whether you’re a fantasy, roleplaying, or strategy lover, any of these epic games can give you hours of fun on your mobile.