One such color of the fur is ginger. It comes in different shades of orange or red. They belong to different breeds such as Munchkin, American Bobtail, Maine Coon, Persian, British Shorthair, and more. 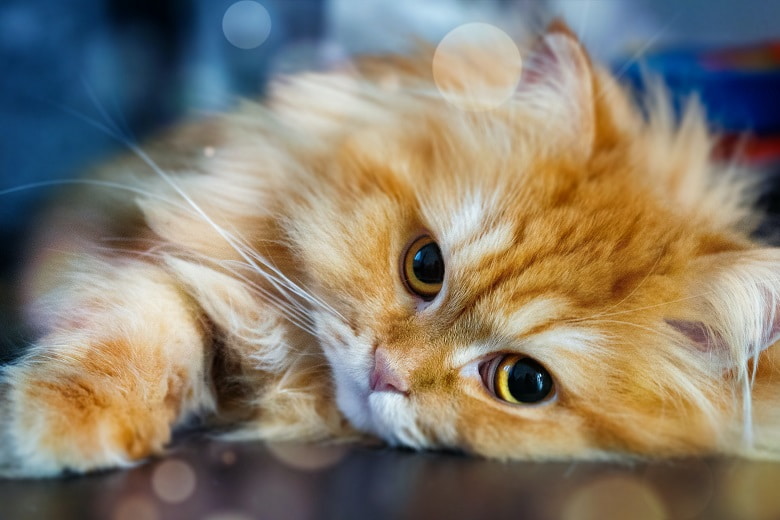 Ginger cats are laden with a tabby pattern which is mostly spotted in appearance, but mackerel, classic and ticked are also present. Their color and different shades of colors are determined genetically. The pigment produced is called ‘pheomelanin’ which is actually responsible for the red color. This same pigment also causes red-colored hair in humans.

All About Ginger Cat

In this article, you will learn all about ginger cats, including personality, behavior, and some renowned ones.

Some ginger cats have had the fate to gain fame in different ways. Some of these cats include-

> Orangey- The ginger cat who became a star after being featured in ‘Breakfast at Tiffany’s’. Not only that, but it was also a part of the television series ‘Our Miss Brooks’ and ‘Gigot’. It also won the Patsy Award in 1952 and 1962.

> Orlando- The Marmalade Cat starred in the series of illustrated books written by Kathleen Hale. Nineteen books were published that contained interesting and funny stories of Orlando and its feline family. Kathleen Hale was awarded OBE in 1976 for this series.

> Morris- This is the cat who gained fame as an arrogant critter after being featured in the cat food commercials shown on US television. It also won a Patsy award in 1973.

> Thomasina- This cat is from the book named ‘Thomasina: The Cat Who Thought She Was God’. The author of this book was Paul Gallico. It also became a Disney film in 1963, named ‘The three lives of Thomasina’.

> Garfield- This character was featured in the comic book series created by Jim Davis. The character is depicted as lazy and sarcastic with an intense passion for food. The comic shows how he terrorizes his companion Odie.

> Orion- This famous cat was featured in one of the biggest blockbuster hits ‘Men in Black’. It is the cat of Gentle Rosenburg who was treated like Royalty.

The examples cited above are just a few of a large number of famous ginger cats. Jones from the movie Alien, Milo from The Adventures of Milo and Otis, Puss in Boots from Shrek 2, Thomas O’ Malley from The Aristocrats, and many more also belong to this category of the ginger cats.

Although cats individually vary in their personalities, in general, all ginger cats are known to have a normal temperament and a sense of affection towards other beings.

These cats tend to have lower energy levels than other breeds. Despite that, they are playful and fun-loving. Males ginger cats are more likely to be outgoing and active than female ones.

Studies also suggest that orange female cats are a tad more aggressive towards humans. Orange cats are not shy. In fact, they are regarded as one of the friendliest cats. Their nature differs from the breed they belong to. They also talk a lot in their voice and try to be interactive.

Some of the behavioral traits of ginger cats include-

> They have a curious and adventurous side. Ginger cats have the tendency to go out, play, and discover. It does get them in trouble sometimes, but this also gives them needed activity to maintain the body’s physical abilities.

> Orange tabby cats are very fond of eating. Sometimes, if not checked, it also leads to obesity which can be a cause of major health problems in felines, just like humans.

> Due to their camouflage appearance, they tend to be good at hunting. This gives them the confidence and courage to stand and fight predicaments.

> There are some cats that cannot stand being alone, and this leads to aggression. Lucky for the ginger can become owners, they can adapt to the friendly environment as well as the situations where they have to be lonely.

The ginger cat may seem like a breed in itself, but it is just a shade and pattern of cats that belong to different breeds. These cats have a very friendly and loving nature. They are comfortable around strangers and other pets.

The percentage of male orange cats is way more than female cats. They also are more athletic and calm than the female cats. Ginger cats have been featured in many films, series, and books which made them famous. Overall, these cats make great and loving pets.