Washington— A government watchdog group claimed Tuesday that a number of President Trump’s senior advisers, including his son-in-law and chief of staff, unlawfully campaigned for Trump’s re-election.

This included violating a provision intended to stop federal employees from using their positions for political purposes. 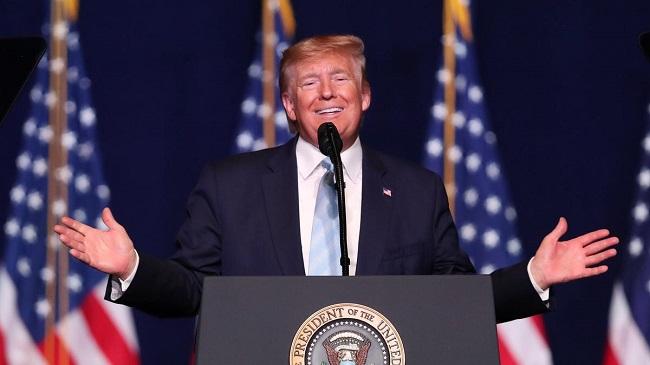 The assertion was made by Deputy Attorney General Henry Kerner in a damning report following a nearly year-long inquiry into “myriad” Hatch Act infractions.

It was found that “The report’s conclusions state that senior Trump administration officials “used their official authority to support the reelection of President Trump in violation of the law.”

According to a probe by Mr. Kerner’s office, members of the Trump administration deliberately broke the law forbidding political engagement in order to avoid being looked into by the Office of Special Counsel before the election in November.

According to the report, it was “particularly insidious considering the timing of when many of these infractions occurred.”

A presidential administration has experienced Hatch Act violations before. When Jen Psaki made remarks regarding Virginia’s impending governor’s race in the White House press room in October, a third party claimed she had broken the law.

The Kerner investigation, on the other hand, exposes something much more unusual: the highest-ranking members of the White House made a conscious decision to disobey the law. The Washington Post made the report’s release public earlier today.

Numerous Trump Administration Representatives are Suspected of Breaching the Law:

The study asserts that Mr. Pompeo and Mr. Wolf broke the law by hosting the Republican National Convention at the White House due to the pandemic.

He constantly mentioned the efforts of the State Department in his speech, which was referred to as “changing U.S. Department of State (State Department) policy” in order to give him permission to speak at the convention. Mr. Pompeo was charged with participating in politics without authorization.

By presiding over a naturalisation ceremony that was planned to serve as material for the convention, Mr. Wolf “violated the Hatch Act,” the report claims.

The remaining authorities were prohibited from openly campaigning “during official interviews or media appearances.”

In an interview, then-Chief of Staff Mark Meadows succinctly stated that “Nobody outside of the Beltway really cares” about Trump administration employees breaking the Hatch Act, according to the executive summary of the study.

President of Citizens for Responsibility & Ethics in Washington, Noah Bookbinder, hailed the Office of Special Counsel’s report against members of the Trump administration on Tuesday.

Trump not only failed when it came to defending an OSC employee who was shown to have frequently violated the Hatch Act, but he also failed in front of the public. The higher levels of the executive branch seemed to have what seemed to be a taxpayer-funded campaign machinery as a result of this lack of discipline.”

Reps for Mr. Trump did not respond to emails sent to them.