When Daredevil, Jessica Jones, The Defenders, and the other Netflix shows became non-canon to the Marvel Cinematic Universe, fans worried Disney wanted to scrub any edge from the MCU.

However, Marvel Studios President Kevin Feige said that the Disney+ Moon Knight TV series would bring Marvel a “tonal shift.” Moon Knight actor Oscar Isaac agrees that while it’s a risky move, they want to push the “experimental quality” to a “huge scale.” 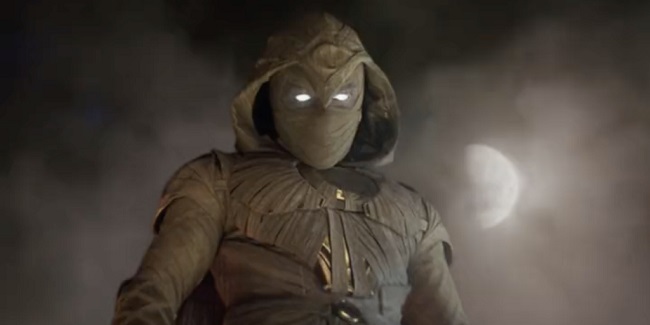 While characters like Spider-Man do tackle heavier topics, they do not dominate the majority of their stories.

However, one of the central themes for Moon Knight is the intense struggle of Marc Spector, his dissociative identity disorder personalities, and Egyptian god Khonshu using him for his own goals, no matter what that entails.

“He’s brutal,” Feige told Empire. “It’s been fun to work with Disney+ and see the boundaries shifting on what we’re able to do.”

The Moon Knight trailer showed Oscar Isaac as Marc Spector laying into enemies and villains like Werewolf by Night. While they thought about “pulling back,” Feige said they wanted to push the envelope with actors Isaac and Ethan Hawke.

“There are moments [in the series] when Moon Knight is wailing on another character, and it is loud and brutal, and the knee-jerk reaction is, ‘We’re gonna pull back on this, right?’ No. We’re not pulling back,” Feige continued. “There’s a tonal shift. This is a different thing. This is Moon Knight.”

While the upcoming Disney+ MCU series features a darker tone, Oscar Isaac admitted the riskiness of the move.

“It is risky. He’s an obscure hero, and the things we’re dealing with are very different. But because it’s a limited series, rather than a movie,” Isaac admitted to Empire about the Moon Knight series, “the pressure isn’t there to make sure the opening weekend is massive.”