Having premiered on PBS in 1996, millions of children around the world have grown up with Arthur, a longtime favourite of kids’ television. It has been reported that PBS would stop making new episodes of Arthur in 2022, making this the end of the beloved series.

Despite the fact that Arthur has been on television for for 25 years, there are still many viewers who are unaware of the species to which Arthur Read belonged. 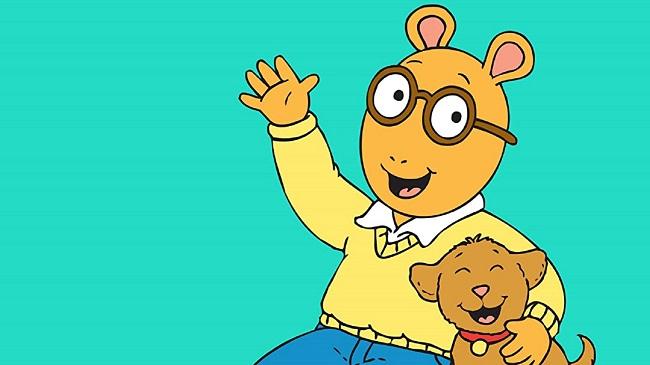 What Animal is Arthur in the Cartoon Series?

Aardvark Arthur Read. Although the Arthur books are set in the United States (more specifically, the town of Elwood City), the title character and his family are based on a real-life African mammal.

Arthur is not an authentic aardvark because he lacks the characteristic long snout and pig-like nose that give the aardvark its name. Because of its pig-like snout and propensity to burrow, the Afrikaans word for “aardvark” translates to “earth pig.”

The nocturnal animal has a tongue that measures 30 centimetres (12 inches), eats primarily ants and termites, and can use its powerful claws to crack up a termite mound.

Although aardvarks share some similarities with the giant anteater (seen below), there are significant differences between the two species.

Location is the first distinguishing feature; aardvarks are native only to Africa, whereas the giant anteater is found only in Central and South America. The larger anteater, in contrast to the smaller aardvark, is extremely hairy and may be recognised by its brush-like tail.

Arthur Character in the Cartoon Series

The show’s protagonist, Arthur Read, is a brown aardvark with human characteristics and residing in the made-up city of Elwood City. He’s in third grade at Lakewood Elementary, where he attends.

Arthur lives with his dog Pal and his two younger sisters, Dora Winifred (D.W.), who is in preschool, and Kate, who is still an infant.

His parents, David, a chef, and Jane, an accountant, both work from home. As well as his immediate family, Arthur maintains relationships with friends and acquaintances from a wide range of cultural and economic backgrounds.

The TV show is co-produced by WGBH, and its depiction of Elwood City, a predominantly suburban region, is a clear homage to the Greater Boston Area. Brown’s childhood and youth in Erie, Pennsylvania are also prominently featured.

Specifically, the name “Mill Creek Mall” is a nod to Millcreek Mall, the real-life retail centre that serves as the inspiration for the fictional mall featured in the TV show.

Brown has said that his experiences as a child in Erie have influenced the series, and that Mr. Ratburn is based on Brown’s own middle school algebra teacher at Westlake Middle School.

The show centres on Arthur Read and his life in the made-up city of Elwood City with his loved ones.

The city of Elwood was partially based on Ellwood City, Pennsylvania, because the show’s creator had family there and thought the name (with a slight change in spelling) suited the show’s vibe.

Even though Arthur takes place in America, he isn’t even remotely representative of any animal species found there. No, Arthur is not a bear, mouse, rabbit, or any other typical farm animal. However, Arthur is not a human but an aardvark.