More
Home Auto What Is A VIN (Vehicle Identification Number)

If you own a car or any other type of vehicle, you must be familiar with the term VIN.

The VIN (Vehicle Identification Number) is a number that is used to identify a vehicle. It’s a 17-digit, one-of-a-kind number made up of alphabets and a numeric string of characters. Every car has been required to have a VIN since the 1980s.

What is the purpose of a VIN? Yes, your car is unique to you, but the manufacturer produces a large number of similar models in the same colour. So, if your car is stolen, how do you recognise it? Then it will become a major issue. VIN was established specifically to address this issue.

You can have a unique number just like your electrical equipment. Now you may proudly declare that your car is one-of-a-kind. The VIN can be used to track car registrations, warranty claims, and insurance coverage. Every character in the VIN has a specific meaning.

What is a VIN (Vehicle Identification Number)?

It’s a 17-digit number that’s made up of alphabets and numeric digits. Each character has a distinct meaning in this context. You can determine the manufacturing country, firm, engine type, car body style, and so on.

Since 1981, each car has had its own VIN number. This number can be used to authenticate any car.

What Is the Value of a Vehicle Identification Number (VIN)?

Most significantly, you can trace your vehicle with a VIN. You could have it whenever you wanted. You can examine the vehicle’s legitimacy if you’re purchasing a used car. You’ll learn about the car’s manufacturer, year of manufacture, model year, and engine type. The VIN is a crucial insurance evaluation.

What is The Location of The VIN Stamping?

The VIN is permanently imprinted into numerous sections of the car, which is a benefit to consumers. It’s useful in the event of a theft. You may also see if your engine and other components are genuine.

The VIN is Decoded

VIN’s seventeen characters are all organised in a specific order. It is a requirement for all vehicles and manufacturers. The following information can be used to decipher the number.

The first character informs you about the vehicle’s manufacturing country.
It could be a combination of letters and numbers.

It specifies the vehicle’s kind (car, truck, etc.) or the manufacturing division where it is made.

The Vehicle Description Section is what it’s called (VDS). This section provides information about the vehicle’s kind, construction platform, model, and engine type, among other things. The engine type is usually indicated by an eight-character code.

The ninth character is a check digit, which is a security code. In most cases, it showed the month in which the car was built. It ensures that no two vehicles with the identical VIN will exist in thirty years.

This character denotes the vehicle’s year of manufacture. You’ll get an idea of when the model you have was manufactured.

It offers you an idea of the plan and the factory where the vehicle is made.

VIN is a crucial phrase in the foundations of the automobile procedure, whether you own a car or any other vehicle.You now understand what VIN stands for, what VIN is, and how to decipher it. You can try to locate and decode your vehicle’s VIN. 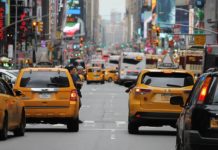 What Is a Smog Check 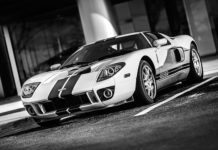 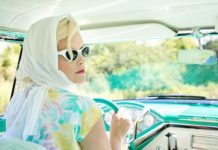