Once again, Neil Gaiman has left us craving more adaptations of his work with the debut of The Sandman on Netflix. The prolific English writer is recognised for his many works of fantasy and his penchant for weaving subtle threads between his works (kind of like a mini-universe).

However, there is one story in particular for which fans are eager for a sequel: Coraline.

Published for the first time in 2002, Coraline is a dark fantasy that follows the title heroine as she moves into a new home. 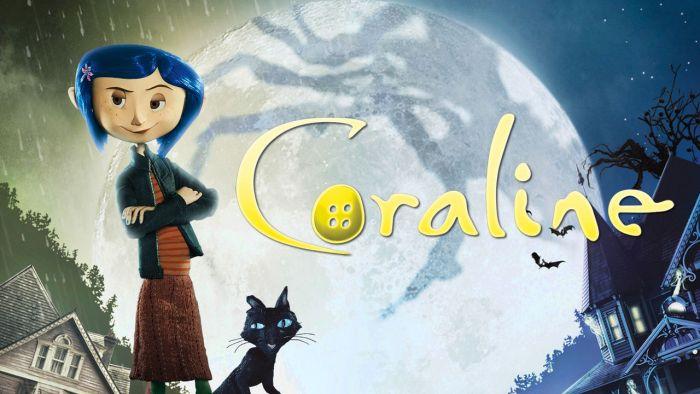 That strangely contains a door that leads to a parallel (and far worse) alternate realm where everyone has black buttons for eyes.

The book was adapted into a critically acclaimed stop-motion picture starring Dakota Fanning as Coraline and directed by Henry Selick.

It was nominated for both an Academy Award and a British Academy Film Award, and nearly two decades later, fans are still wanting more.

Neil Gaiman on Coraline 2 and if it’s Coming Out or Not ?

You don’t have to be a fan of animated films to see the genius of Coraline.

This adaptation of the Neil Gaiman novel of the same name into a stop-motion horror film was well welcomed by both critics and audiences.

The dark, foreboding tone, along with the surprisingly universal themes of isolation, belonging, and self-discovery, attracted a wide range of viewers.

Fans have been eagerly awaiting news of a Coraline sequel since since the first movie came out in 2009. Is there already a trailer and a set date for the release of Coraline 2?

There are no plans to release Coraline 2 in 2022. Numerous misleading reports, trailers, and release dates can be found on the web.

Coraline author Neil Gaiman has stated via Twitter that there would be no sequel.

He is focused on other projects since he is confident he cannot repeat the success of the previous book and film adaptation.

What is the Specialty of Caroline Movie?

Everything about it was superbly carried out. The animation quality was superb, and the attention to detail was extraordinary. A great combination of childish and sinister.

In Coraline, the dark aesthetic is a perfect match for the story’s dark themes. The magnificent visual representation of the Otherworld was achieved by using hand-built sets and contrasting colours.

Such as bright blues and oranges, against a mostly colourless aesthetic. Not to get too technical, but the original story was excellent as well.

Coraline is primarily a children’s book, but its message reached adults as well. All of the characters were well developed and easy to empathise with.

It beautifully embodied the sentiment of a child wishing for a magical kingdom to go away to. It’s a bittersweet tale of self-discovery and gratefulness.

Contrary to what Coraline initially believed, the grass is not always greener on the other side. The tale is also about facing your fears and acting courageously when they matter most.

Despite the passage of 13 years, many of the film’s original audience members are still hoping for a sequel.

The American animated picture Coraline has been fairly popular ever since it was released, thanks in large part to the film’s innovative and frightening subject matter.

In “Coraline,” Neil Gaiman adapts his own novel of the same name. This macabre tale follows an orphan who becomes lost in another universe and contains stunning stop-motion animation and a compelling story.