More
Home Entertainment Why Did Kyra Sedgwick Leave The Closer

In “The Closer,” we are nearing the end. After four seasons as Deputy Chief Brenda Leigh Johnson, Kyra Sedgwick has decided to depart the beloved show and her primary character.

TNT clearly has plans to keep the show running, as they have already created a spinoff series called “Major Crimes” with the remainder of the “Closer” ensemble (except Kyra). 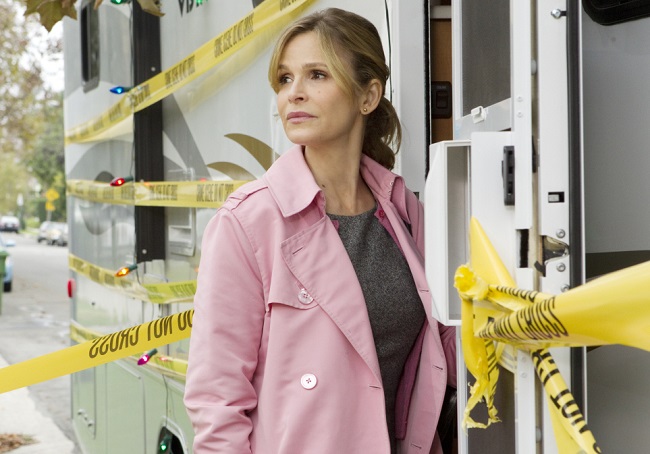 The question then arises as to why an actress would leave a successful show centred on female characters. We investigate to find the hints.

It’s clear that Sedgwick has other interests. Sedgwick decided to switch careers because she was impressed by Brenda Leigh Johnson.

At the end of each episode, the deputy chief always manages to crack the case. In fact, the actress told TVLine, “and I believe it maybe fit into my decision a bit. ” given that the show is a procedural. Despite the incredible character development, that is still the case.

This was not a hasty choice on her part. The actor told TVLine, “I thought about it for about a year, and ultimately it came down to the fact that I really want to do other things, creatively. Since I’m creative, I enjoy finding new venues for my work. In addition to this month’s releases of “The Possession” and “Man on a Ledge,” Sedgwick has a lengthy filmography.

Kyra aimed for a victorious final chapter. Even after seven seasons, the show’s popularity only grows. Some folks might have to wait until the last audience member leaves. Sedgwick, however, is pleased that there are still calls for “The Closer” to be extended. According to the 46-year-confession old’s to the L.A. Times, “People come up to me all the time and go, ‘Please! Don’t! Why?’

It’s tragic, and I feel terrible about it, but at least they’re not asking, “You’re still doing that show?” which would be much more insulting. Oy!’ It’s preferable to end on a note that leaves the audience wanting more.

During an appearance on “The View,” Kyra Sedgwick explained to the women why she was leaving “The Closer.”

A legacy has been established by the show. Sedgwick, who was 39 when the series began, paved the way for other female-led dramas like “The Good Wife” and “Saving Grace.” It was “not planned for me to have a groundbreaking programme,” she said to the Hollywood Reporter. It was coincidental.

It’s fantastic to think that my efforts might help pave the way for women to gain access to previously unavailable possibilities.

A spin-off is in the works. Now onwards. After the series finale of “The Closer” airs on TNT, the spinoff series “Major Crimes” will premiere at the same time, giving viewers no time to dwell on the show’s cancellation.

The new chief prefers to avoid trials in front of juries and instead negotiates plea bargains.

Having a TV night in has become a common ritual for many families. Actor Kevin Bacon is about to sign up for the military at the same time as his wife, actress Kyra Sedgwick, is leaving television. The new Fox thriller “The Following,” starring Bacon, will premiere at the beginning of the new year.

But wait, there’s more: Bacon also plays a police officer, coming out of retirement to track down a serial killer he previously helped put down. I wonder if he’ll consult with the Mrs. for advice.