V. Toro Arana was a 6-year-old catcher in an all-boys Little League baseball team over 20 years before she became Puerto Rico’s first woman to compete in rowing at the Olympics.

If she was going to be forced to watch her younger brother Sebastian play baseball, she decided she might as well don a glove and join the team herself. V. Toro Arana seen a lone girl playing for a different team the year prior. She knew it was possible. So, her father Pedro registered her for the sport. 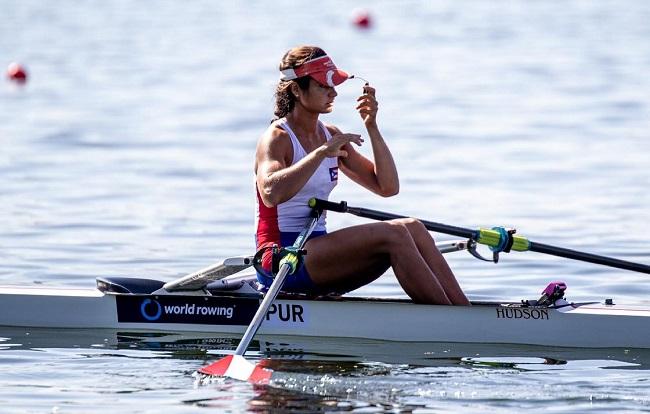 V. Toro Arana said, “I was taller than everyone else.” They were most likely intimidated.

Growing up in San Juan, whether on the baseball diamond or in the classroom, V. Toro Arana addressed all obstacles with courage and resolve.

This mentality catapulted her to the summit of Puerto Rican rowing, the pre-medical programme at the Massachusetts Institute of Technology, and medical school at Stanford. Now, she will become the first male or female Puerto Rican rower to compete in the Olympics in 33 years. Friday begins the rowing heats in Tokyo.

“It’s almost as if rowing chose me; I didn’t necessarily choose rowing,” V. Toro Arana said. “It was simply something I ended up doing, but I ended up really enjoying it, so I continued doing it. Even more so after learning that I might represent Puerto Rico in achieving it.”

V. Toro Arana was placed in a coastal boat meant for ocean rowing, which is bigger and more stable than a typical racing shell. Viacava helped Toro Arana refine her stroke in the coastal boat without the fear of her falling into the ocean.

V. Toro Arana stated that she is preparing to present a proposal to the government that will restore a park destroyed by Hurricane Maria in 2017 and provide an excellent rowing spot on the island.

She hopes to participate internationally for Puerto Rico on a boat with a partner one day.

V. Toro Arana stated, “I believe that is a way for me to initiate it and be actively involved in its continuation.” “They don’t have to do it by themselves if I row with them and motivate them to do it.”