Why are there so many people with excess body fat in the USA?

The first step in understanding the magnitude of the obesity epidemic in the United States is understanding what it means to be overweight.

These groups are defined using the body mass index (BMI), a calculation of body fat based on height and weight. You may get a general idea using the helpful chart provided by the CDC if you are 5 feet and 9 inches tall. 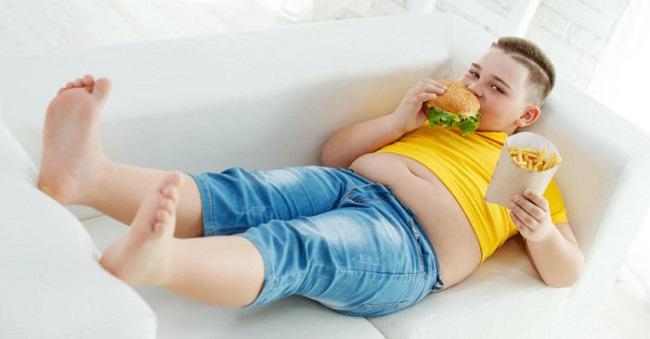 No firm conclusions can be made regarding the reasons behind the ongoing obesity epidemic in America.

Despite the many theories that have been proposed, the vast majority of research supports the two causes that the general public already believes to be responsible: an excessive nutritional consumption and a lack of physical activity.

The USDA reports that between 1983 and 2000, the typical American’s calorie intake rose by more than 20%, mostly as a result of an increase in meat consumption.

The average annual consumption of meat in the United States has increased from the 138 pounds that each American consumed on average in the 1950s to 195 pounds today.

Since 1970, consumption of added fats has practically doubled, while grain intake has climbed by 45 percent.

The World Health Organization has connected a rise in fast food sales to an increase in body mass index, and Americans are notorious for their fast food consumption, with fast food making up around 11% of the typical American diet.

Scientific proof demonstrates once more how detrimentally added sugars in soda and energy drinks are to Americans’ health and wellbeing. Equally significant to our intake is what we eat.

It is impossible to overestimate the complexity and significance of diet in the epidemic of obesity in the US. Consumers are incredibly confused about what they should eat and how much of it.

Drive-thru meals, processed packaged food, and greater quantities of tasty food are sold in a style that is nearly exclusively American. However, Americans spend more than $20 billion annually on goods and services related to weight loss. These range from prescription drugs and diet books to severe procedures like lap-band surgery and liposuction.

It’s understandable that we’re constantly searching for quick solutions given that the majority of us spend more time working and less time cooking than our parents did. Irony notwithstanding, there are times when you are only able to pack a slice of pizza and a slim-fast for lunch.

Ingenious marketing strategies make it simple to explain this bipolar eating pattern. The U.S. diet industry grew quickly and advanced in response to the nation’s expanding waistlines, which were brought on by decades of soda consumption and TV dinners.

Since the 1970s, diet fads and popular nutrition advice have come and gone as quickly as the Arch Deluxe and the McRib. Our greatest enemy in the 1990s was fat.

Low-fat and fat-free alternatives were in high demand at grocery stores. Years of experience have taught us that anything that makes the claim to be delicious and healthy without any additional fat is probably not what it first appears to be.

It turns out that the majority of food producers substituted sugar and hydrogenated oils for actual meat in their low-fat products.

Trans-fats are extremely bad since they raise the risk of heart disease, stroke, and diabetes. They are prevalent in hydrogenated oils because they are reformed vegetable oils. Even while it is not as harmful as refined sugar, added sugar can still have a major negative impact on your health if you consume it frequently.

Despite the fact that sugar provides few calories per gramme, eating significant amounts of it can result in surges in insulin and energy levels, which can induce weight gain and even diabetes.

Another significant contributor to the growth in obesity is insufficient physical activity. Many Americans no longer work long hours in industries or fields; instead, they spend most of their days seated at desks. There are less everyday physical activities as a result.

According to a recent poll, only 20% of jobs today need at least moderate physical activity, down from 50% in 1960.

Other research indicates that Americans today consume 120–140 fewer calories per day than they did fifty years ago. You now have the optimal circumstances for gaining weight when you combine it with the increased calorie intake.

Lethargy, however, has negative impacts that extend beyond the job. It involves our commute to and from work as well as our post-work activities. Americans prefer to sit comfortably in their cars rather than walk more than any other industrialised country. 80% of American people, according to the Centers for Disease Control and Prevention, don’t engage in enough physical activity.

Just two of the potential causes of the current obesity issue are the effects of smoking during pregnancy and maternal obesity. Inadequate sleep, stress, and a decline in breastfeeding rates can all have an impact on a child’s long-term risk of obesity.

These are not the only or even the main causes of obesity, but they are powerful signs of the healthcare systems flaws that play a significant role in this epidemic.

Finally, it’s important to keep the big picture in mind. Over the years, people have been quick to blame certain foods—meat, dairy, wheat, fat, sugar, etc.—for their weight gain, but the true root of the problem is much simpler.

The Centers for Disease Control and Prevention (CDC) emphasise that the fundamental element in determining weight gain or loss is the ratio of calories taken to calories expended, despite the fact that genetics and age do have a role in metabolism.