More
Home Travel 11 Best Things to Do in Berlin

Berlin, as we all know, is Germany’s capital. It is also the country’s largest and most populous city. Berlin is located on the Spree River’s banks. Prior to 1945, the city was famous for its incredible geography. However, it was obliterated during World War II.

It was, however, rebuilt and has experienced incredible cultural and economic growth. Berlin’s climate is affected by Atlantic Ocean currents, making it ideal for tourists.

The Top Eleven Things to Do in Berlin

There are numerous tourist attractions in Berlin that draw visitors from all over the world. It is also a historically significant city. Here are the top 11 things to do in Berlin if you’re visiting for the first time.

This is a neoclassical-style monument from the 18th century. During the 1790s, king Fredric William II constructed this structure.

The Brandenburg Gate is a memorial to a number of historical events. For the first time, Napoleon used it as a triumphant parade. It serves as a reminder of the devastation that occurred during World War II.

The Brandenburg Gate can be viewed as a symbol of Germany’s unification and division. For people visiting Berlin for the first time, this monument is a must-see.

This space is alive with the genuine feelings of those who have been affected by past events. The Brandenburg Gate is a place where you may learn about Germany’s previous wars.

The victory column was erected in 1864 to commemorate the loss of Denmark in the Danish-Prussian War. Henrich Strack was in charge of the design. It came to symbolise other successes as the years progressed. As a result, a bronze statue of Victoria was erected at the top of the tower.

In 1938, this sculpture was relocated from the Reichstag to its current place in Berlin, as part of Hitler’s attempt to establish Berlin as the world’s capital under the name “Germania.” The view from this artwork, which stands 51 metres tall, would be spectacular.

It is located in the heart of Berlin, on Museum Island. UNESCO has designated the Pergamon Museum as a World Heritage Site. It was built during a 20-year period, from 1910 to 1930.

There are numerous galleries dedicated to monuments from the East’s 18th century. The Pergamon Altar is the inspiration for the name of this museum. Market Gate of Miletus, Ishtar Gate, and Mshatta Facade are some of the other exhibits of Pergamon Museum.

This museum also houses Islamic art from the eighth and ninth centuries. The earliest of all the artworks found here is a Mesopotamian Meissner fragment from the Gilgamesh Epic.

This museum is located in Berlin. Dedicated solely to German history. It houses antiquities dating back over 2000 years. The Deutsches Historisches Museum is Berlin’s most popular attraction. Exhibition halls, a library, and a cinema theatre can all be found here.

Unter den Museum is a boulevard in the Mitte neighbourhood of Berlin. It’s one of the first examples of its kind. There are numerous landmarks along this street.

As Berlin grew throughout the years, this boulevard became the most well-known and majestic. It starts at Museum Island and ends at Brandenburg Gate.

Lime trees that were planted along the route gave the street its name in the past. Its current splendour, however, is attributable to Fredrick, who lived in the 18th century.

This century saw the construction of Zeughaus, State Opera, and Humboldt University. Unfortunately, many of the sculptures along this avenue have been damaged as a result of the wars. However, just a few of them have been reconstructed in recent years.

6. Go to the Gendarmenmarkt

The Gendarmenmarkt is a plaza that includes a Concert Hall, as well as French and German churches with regal domes on top. Johanne Arnald Neiring, an architect, designed the building. There is also a memorial to Fredrich Schiller, a poet.

Gendarmenmarkt was a market place when it was first built. Various types of programmes are held here throughout the year. The fairy dust can be found in plenty on the Gendarmenmarkt, especially during the Christmas season. This location might be ideal for you if you enjoy a little socialising.

It is situated in the Mitte area of Berlin. The Fernsehturm is a tower built by the German government in 1965. Initially, it was regarded as a Communist Party symbol. The television tower was built in the 1960s. It was later seen as a symbol of the city following Germany’s unification.

We can see the view from the Telescope, which is located here, because this is a television tower. The spinning restaurant is also located here.

If you want to eat, you should prepare ahead of time. This structure is the European Union’s second-largest structure.

It is located near the Spree River’s banks. Treptower Park is a popular spot for locals to relax and unwind. It is also a popular tourist destination.

A Soviet War Memorial has been erected in honour of the Soviet soldiers who perished during the Soviet-Berlin war. Another statue depicted a German carrying a youngster on his shoulders.

With a total size of 84 hectares, this park was designed in the English style. Rose pathways, tree groves, and other natural areas can be found. Summer is the greatest time to visit because we can go boating for at least four kilometres along the Spree.

Werner March designed and constructed this stadium in 1936 for the 1936 Summer Olympics. It was the largest football stadium in Germany after various upgrades. Hertha BSC has played their home games at the stadium since 1963.

In addition, the stadium is protected by a 3500-tonne steel roof. The stadium has a seating capacity of around 74,000 people. During the weeks that Hertha BSC plays at home, you can pay a visit to the stadium.

It is the city of Berlin’s most well-known and oldest zoo. The Berlin Zoo is the most popular zoo in Europe. It first opened its doors in 1844. Sadly, during World War II, many animals were murdered in the zoo.

There is also an Aquarium, which was built in 1913. Although the zoo was in the heart of the city when we visited, it felt like the animals were in their natural habitat.

This zoo has over 15,000 different species. It also runs zoo breeding projects for animals such as rhinos, deer species, and pigs. As their home, a pair of Pandas were displayed in a large glass container.

It is a museum that has the most diverse collection of artworks. Die Bruckes, a group of persons, created these works of art. Its founders included notable artists such as Ernst Ludwig Kirchner and Emil Nolde. The Brucke Museum was founded in 1967.

It is located in Dahlem, which is close to the Arno Breker. This museum houses around 400 works of art, including paintings, drawings, and sculptures by various artists.

We may deduce from a little history that Berlin is a historically significant city. We can find many places that transport us to the past and allow us to experience the emotions embodied in the various sculptures or artworks.

If you are interested in international history and enjoy visiting historic sites, you should not miss the opportunity to visit Berlin. Reichstag, Tiergarten, Topography of Terror, DDR Museum, and others are some of the other tourist attractions. 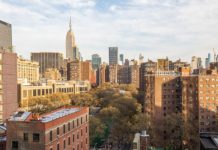