Tokyo 2020 will be the 25th time that the team sabre event has been included in the Olympics since 1908.

However, it was not included in Rio 2016 because team events were rotated off the schedule and only two of the three weapons for each of the men’s and women’s categories were featured. 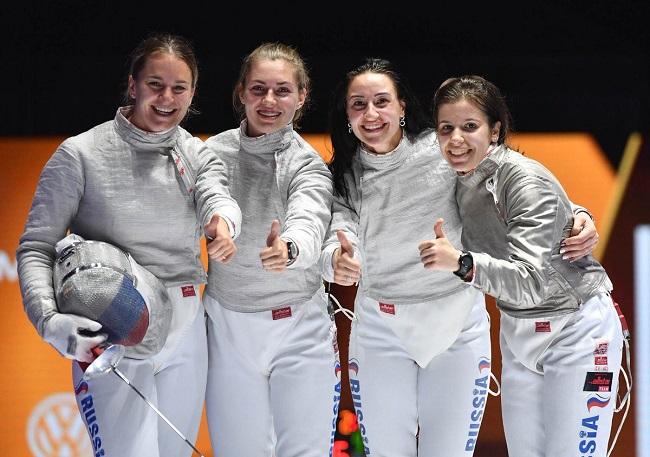 This is the 25th time the event has been featured at the Summer Olympics; from 1908 until 2016, it was only absent from the programme because team events were rotated off the schedule.

Day five of the Olympic fencing competition took place at Makuhari Messe Hall B in the Chiba prefecture of Tokyo, and featured nine male teams.

Korea, the current Olympic and three-time world champion, defeated Italy 45-26 in the gold medal match. In a close match against Germany, Hungary won the bronze medal 45-40.

At the Makuhari Messe on July 31, 2021, the women’s team sabre competition for the 2020 Summer Olympics was held.

There will be 27 fencers (9 teams of 3) representing 9 countries. The event is returning for a third time.

With its introduction in 2008, the team events gradually disappeared from the schedule, leaving only two of the three weapons for each gender in the individual competitions.

Sabre was not used by the women’s team until 2016, after a four-year hiatus. Since the 2020 Olympics, all weapons have had team events throughout the entire games.

As the two teams chased each other across the piste, swiping and jabbing, France refused to give the Russian Olympic Committee (ROC) an easy win.

The final point was scored by Russian Olga Nikitina, who was mobbed by her teammates as they ran onto the piste to celebrate.