More
Home Entertainment Stray Review: A Masterpiece In The Making?

So, the cat game, Stray, you were all waiting for, is here, at last. And, it’s faring really well in my gaming rig, I dare say. Hence, let’s not chitchat too much about the facet of this amazing, highly-anticipated gaming title and get on with the review.

And, before I forget, I bought the game from Steam (it’s pretty cheap, so why not?). But, if you want to play it for free, simply get to the pirate bay and download it with a single click. 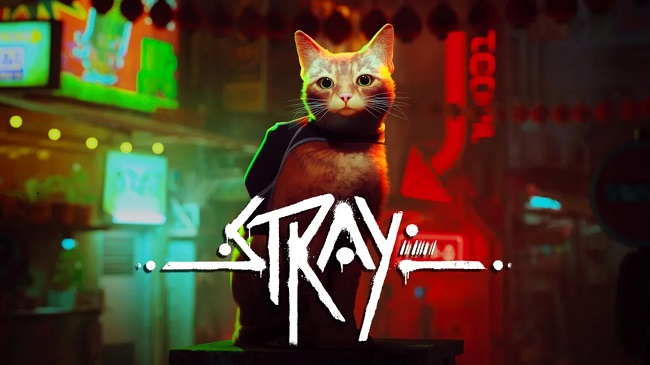 The Storyline – Eccentric Yet Tear-Worthy.

Stray starts with a seemingly-normal environment – with you (the unnamed protagonist) and your feline friends traveling together. However, a tragic accident occurs all of a sudden and results in you falling down from the cliff. And it sets the somber tone of the game perfectly.

Fortunately, though, you’re not the Geralt of Rivia who dies literally right after falling from a short height. You’re a cat here. So, you’ll land safely on your feet and begin your story.

Stray is a story of a cat who ends up in a cyberpunk, dystopian city to reach his homeland safely. And, while you’re at it, you’ll also get the chance to get to know a few friendly robots along the way. It’s pretty exciting altogether.

The gameplay of Stray isn’t too exciting, though.

There are literally no boss fights or dungeon rush in the game. You don’t have to collect brand-new equipment to improve your battle score or anything as such.

Instead, the gameplay focuses on puzzle-solving and platforming while allowing you to explore a stunningly-gorgeous cyberpunk village.

And, being a cat makes the whole experience even more exciting and player-friendly.

You can literally get through narrow alleyways, jump at rooftops, and fit into small spaces. In addition, you can also break stuff, get into a package, or be a nuisance, just like a cat is.

The difficulty of the game is subtle. You can complete it even if you’ve never played a game prior to this one. However, here’s a catch.

I know I have said that this game doesn’t come with any boss-fights at all. However, in some cases, you’ll be attacked by Zurks, a rodent-like creature.

In the beginning, the only way to get rid of them is to run away from the spot. Nevertheless, as you progress, you’ll get a purple light that can be used to banish them for good.

But that’s where the fighting ends.

Graphics – Couldn’t Be Any Better.

Stray, as shown in the trailer video, comes with a cartoon-y graphical representation of a cute cyberpunk world. It isn’t world-changing, in my opinion. However, it’s very eye-catching.

Whether it’s the design of the houses or the bars – everything feels as distinctive as ever. And, the process of walking and talking feels pretty realistic as well.

Nonetheless, what amazed me the most about this game was the design of the robots.

Each of them is distinctive on its own. And, as a cherry on top, they wear different types of clothing as well. The graphics of the game are so good that you can simply spend hours over hours admiring them – without feeling bored or tired.

The sound direction is probably the best thing about the game. Whether it’s your cat’s purring noise or a robot’s clanky walking style – everything sounds as it should.

Additionally, the soundtracks were engineered to perfection as well, especially the theme the game plays while you’re fighting. Sometimes, you’ll hear a somber tone while exploring too. 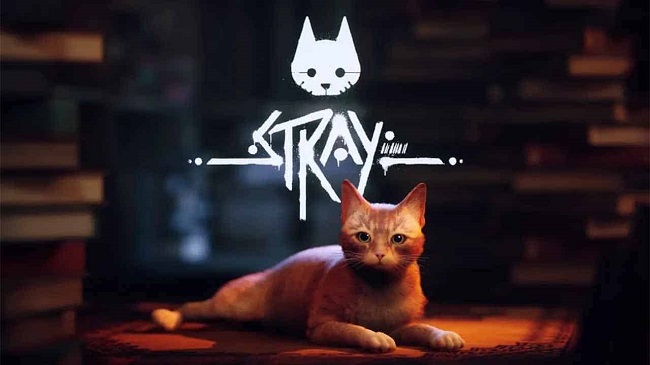 The sound direction of Stray has everything – from a fast-paced melody to a mellow-touched piece of subtlety. And, I’m pretty sure that you’ll love each and everything about it.

Stray is a small game. If you’re a completionist, it’ll last for somewhere around six hours or so. However, nothing, and I repeat nothing, in the game feels repetitive.

The gameplay is expertly-paced. So, you’ll get to explore each and everything before getting to the end of the story. And, sometimes, it’ll feel like the music is driving you towards a level almost subconsciously. There’s literally nothing I played like it before.

Stray isn’t a game; it’s a vibe. And the furry, feline protagonist with a cute backpack makes it even better. If you’re in for an elusive gaming experience, Stray is a must-play for you!