Steam is a software for video games powered by Valve, which provides the users with in-game voicing and chat options. Steam provides video streaming, digital rights management, matchmaking servers, as well as social networking services. It offers cloud protection, as well as auto-updating and installation options. Steam also allows to include games from third parties, which makes it the largest digital distribution forum for computer gaming.

For all the reasons mentioned above, Steam is one of the most popular gaming platforms around the world. It has a wide range of game categories, making it the first preference for many gamers. Even with a huge variety of games in hand, what use is it if the best gaming moments cannot be captured?

Most people who have an interest in gaming would want to keep memories of our precious victory moments, and Steam makes it possible. Steam helps you to take and share screenshots easily during the course of the game. The default hotkey for screenshots in any steam game is F12.

This screenshot can be uploaded to your steam profile or any other social media platform. It has cloud storage of 1 GB, which is more than enough space for your gaming memories. The best moments of your gaming experience can now be kept and cherished forever.

How to Take a Screenshot While Gaming?

Taking a screenshot during the game is very simple. To take a screenshot while playing, you have to press the default hotkey F12. Having a hotkey just for this purpose is very useful because it does not require pausing the game in between.

By pressing F12, a screenshot will be taken, and it will be saved in Local disk C. This enables users to upload or publish their gaming status on the steam community or any other social media platform.

How to Save Screenshots With Steam?

As and when you click the F12 key, it will take a screenshot and automatically save it to your local disk. The new Screenshot Manager permits the user to upload the screenshot while the game is being played.

Even though the default screenshot key is F12, it can be changed manually. For customizing the screenshot key, you have to modify Steam Settings manually. It can be done quickly by following these steps:

Step 3: By now, a box appears on the right side, showing Screenshot shortcut keys. It would have F12 by default.

Step 4: Click on the box and change it to the key you choose.

Sometimes, the user would need to change the Steam screenshot folder to a different location. It would perhaps be because of the time consumed when opening Steam to access the screenshot folder.

Usually, local disk C would have lower storage space when compared to other local disks on a computer. Besides this, Local disk C has device data that cannot be deleted. If the storage becomes full, the user would be forced to delete some of his stored data.

Step 3: With this, a new window will open. Choose the In-Game option from this window.

Step 4: Under the screenshot shortcut key option, there will be a Screenshot Folder.

Step 5: Click on Screenshot Folder and select a folder or create a new folder where you want the screenshots to be saved.

Step 6: Hit on Select and finally click on OK.

How to Find your Steam ID?

The second method to access screenshots will seem like a tedious task if you do not know your Steam ID. But this is a simple task which can be finished within a few steps. You can access the Steam ID through your Steam client. The steps to find your Steam ID are as follows:

Step 1:Firstly, click on View from the top menu.

Step 3: Under settings, select Interface from the left side menu.

Step 4: From the options that appear, select the option Display Steam URL address when available.

Step 5: Go to the bottom of the window, hit on OK.

Step 6: Check the Steam URL and save it.

Step 7: Next, go to your Steam Profile and open View.

Step 8: Finally, check the number located at the end of the URL and select the folder saved in this number. Your Steam ID is the number seen on the end part of the Steam URL.

After finding the Steam ID, follow the steps listed previously to access the screenshots. This way, you can flaunt your victory records to your peers.

The pictures can be accessed easily through two ways: one is to get them through the screenshot manager, and the other is to access them through hard drive storage.

We can use the steam client to get the screenshots taken during the game by using the Screenshot Manager. The task is straightforward. Follow the steps to complete the task:

Step 1: Firstly, open your steam window. Dropdown boxes will appear on the upper left side of the screen.

Step 2: Secondly, go to the upper left corner of your screen and click on the view dropdown menu.

Step 3: Finally, select the screenshots option from the list. You will see the Steam Screenshot Manager. You can access the saved screenshots via the software program.

With the Screenshot Manager, you can upload as well as delete pictures. Besides this, there is a way to access screenshots directly via hard drive by using the show on disk option. An option to delete selected screenshots permanently from the hard disk is also available there.

Every user has an individual folder for screenshots taken during the game. Screenshots are physically saved in this folder. This folder is located where the Steam is installed, while the default location is in Local disk C. Therefore, to access in-game screenshots, check inside Local disk C. The steps for the same are as follows:

Step 4: Open User data, which gives a list of IDs.

Step 5: From the list given, select your Steam ID.

On the completion of these steps, you will find numerous folders with random numeric titles. These are specific folders assigned for each game you played and took a screenshot of. If you open one of the folders and click on a screenshot, you would view the images you took during the game.

Some people would feel that browsing the location over and over again is a dull job. When everything is a finger-tap away, it feels all the better. It is possible by creating a shortcut on the desktop where you can access the screenshots directly.

If you want to open the steam screenshot without opening the steam software, creating a shortcut is the solution. Follow the steps to create a desktop shortcut for in-game screenshots:

Step 7: A folder titled Screenshots will be available—Right-click on this folder.

On the completion of these steps, a shortcut will appear on the desktop. Here, you can access the screenshots taken during the game. Now, you can open the steam screenshot folder without opening the steam software.

How to Fix Steam Overlay Not Opening

Many gamers come up with the problem that they cannot open their Steam Overlay. The Steam Overlay is a piece of the Steam User Interface that we can activate on any game Steam launches.

It enables the user to access a web browser, friends list, chat, and DLC purchasing. The default key to access this during a game is SHIFT + TAB. This default setting, just like the default screenshot key, can be changed via Steam Settings.

Taking into consideration a large number of complaints regarding the Steam overlay not opening, we should note that the overlay interface will not open if the default key is changed by mistake.

It is possible that many users would have modified the settings at some point in time and accidentally changed the default shortcut keys (SHIFT + TAB) for the overlay interface. Therefore, when such a problem arises, surely enable the overlay and see that the default keys have are not altered.

An overlay is a supporting unit for Steam games. It would automatically close as soon as the system detects overload. So, make sure that the system is not running with a heavy load.

Keep the operating system upgraded to the newest version and update all the major drives. Also, remember not to let multiple programs running in the background during the game. In short, the system has to be kept in a fine state.

To solve the problem of Steam overlay not opening, follow the steps given below:

Step 4: From the list of checkboxes, check if the box that is next to Enable the system overlay while In-game has been ticked. If not, click on it.

There is another method to do the same. The second method is to right-click on the game on your PC and to check the checkbox for enabling the system overlay while in-game. For this, follow the steps given below:

Step 1: Right-click on the game on your device.

Step 3: Check the box beside Enable the system overlay while In-game.

Playing games on Steam is thrilling and remarkable when you can keep a record of your milestones. Nearly all the video game maniacs keep a record of their best wins and high scores by taking a screenshot. Just like keeping medals and trophies as a memory of our best performance, most of the gamers like to keep their best gaming moments as screenshots.

Apart from the benefit of bragging in front of your friends with evidence in hand, taking screenshots of victory can boost up your gaming energy to a great extend. Steam allows us to take and share screenshots with minimal steps within minimum time.

Despite the easy measure to capture screenshots, users sometimes find it troubling to track the pictures. This article attempts to shed light on how to access in-game screenshots within a few simple steps. Also, it provides additional information regarding finding your Steam ID and re-locating the screenshot folder. I hope this article has been helpful to you.

Wishing you a memorable gaming experience! 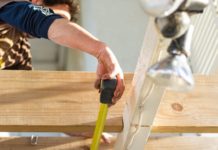 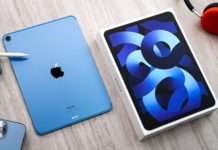 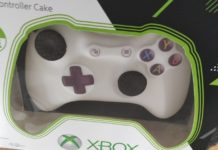 Xbox One Won’t Turn On Guide