The 300 Spartans that fought at Thermopylae.

A Brief Overview of the Thermopylae Crisis

One of the most well-known battles in history took place at Thermopylae. When exactly did the Battle of Thermopylae take place? In August 480 B.C.E., a pivotal battle took place in a mountain pass near the modern-day Malian Gulf.

The Greeks and the Persians fought each other. In particular, the Greeks under the leadership of Spartan King Leonidas I mounted a famous defence against the far superior Persian armies.

Despite the fact that Leonidas and his 300 Spartans and the other Greeks were ultimately defeated by the much larger Persian force, the Battle of Thermopylae was immortalised in history as the greatest example of strategic but last-ditch stands against a larger enemy force, to the very last man and against certain defeat.

The Persian Achaemenid Empire had already expanded into Europe before the Battle of Thermopylae. The Persian army of King Darius I had already conquered Macedonia and Thrace, and they were preparing to invade Greece and Athens.

During the year 491 BCE, King Darius of Persia dispatched envoys to the Greeks, requesting their allegiance to Persian sovereignty. As a result, the Greeks ended up having the envoys executed.

In retaliation, Darius dispatched a fleet of 600 ships and 25,000 troops to assault Euboea and Cyclades, drawing his forces closer to Greece. In 490 BCE, the Greeks led by Athens, the world’s first democracy, defeated the Persians at the Battle of Marathon.

When Darius passed away in 486 BCE, Xerxes I ascended to power. To launch a full-scale invasion of Greece again, King Xerxes I got to work. In addition to a large number of people, the force also had a lot of sophisticated equipment.

Xerxes ordered the construction of large boat bridges over the Hellespont to facilitate the movement of troops and equipment across the body of water.

Athenians learned about the attacking troop. As a first line of defence, they dispatched ten thousand soldiers to Olympus Mountain. Nonetheless, the detachment was instructed to retreat after witnessing the magnitude of Xerxes’ army.

After their many confrontations in the past, both Sparta and Athens were wary of one another and debated bitterly over the best course of action to take. The Greeks, after much deliberation, decided to deploy a combined army to a strong defensive position, setting the stage for the subsequent Battle of Thermopylae. Thermopylae — where is it exactly?

Approximately 150 kilometres north of Athens, the Pass of Thermopylae connects the northern border of Mount Kallidromo with the southern coastline of the Malian Gulf; this is where the Battle of Thermopylae took place.

Thermopylae and the Achaemenid Empire

Nobody knows for sure why the Persian Empire, Darius, or Xerxes wanted to rule over Greece. Regardless, the Achaemenid Empire covered a vast area in the fifth century, including parts of modern-day India and the Himalayas, Afghanistan, Turkmenistan, Iran, Mesopotamia, all of Turkey, parts of Saudi Arabia, and Egypt.

The vast territory of the Achaemenid Empire was acquired through conquest and imperial rule. After that, in the middle of the summer of 480 BCE, the Empire under Xerxes invaded Greece via the Dardanelles Strait (then known as the Hellespont).

The Greeks who were made aware of Xerxes’s impending approach conferred and made preparations for defence as the Persian leader assembled his army. Sparta was widely regarded as having the best-trained professional army of all the Greek city-states.

Unlike the Spartans, other city-states relied on citizen-soldiers instead of permanent, professionally trained troops. When contrasted with the other Greek city-states, the Spartans’ social system stood out. Spartiates, perioikoi, and helots were the three main castes in Spartan society.

As members of the professional military elite, the Spartiates were the only actual citizens of Spartan society to have voting rights. The agoge, a physical and mental initiation ceremony for Spartans, lasted for over two decades. The Spartiates were so dedicated to the warrior ideal that they actively discouraged their citizens from engaging in commercial activity, travelling outside of Sparta, and even owning property.

To counteract this, the perioikoi were not granted the right to vote but were free to leave Sparta and engage in skilled work, trade, and commerce. The helots were the lowest social level in Spartan civilization. They were responsible for manual work, farming, and slave labour (though they could buy their freedom).

The Spartans were distinct from the other Greek city-states in both culture and government. The interplay of Spartiate, perioikoi, and helot positions resulted in a society that was both locked off and open to only limited, regulated influences from without.

It has been said that the Oracle of Delphi predicted the downfall of Sparta or one of her monarchs. As a diarchy, Sparta was ruled by a pair of coequal rulers. Among these Spartan monarchs was Leonidas I. To maintain peace with Athens and honour the Karneia, Sparta dispatched only King Leonidas, 300 Spartan soldiers who were all male heirs, and some helots to defend the Pass of Thermopylae.

The Thermopylae Incident: What Really Took Place There

With high mountains on one side and a narrow marshy plain along the coast of the Malian Gulf on the other, the Pass of Thermopylae was an easily defensible location. From what was known as the Middle Gate, a defensive wall continued southward across the pass, meeting the seaside.

When the Spartans arrived, they immediately set about strengthening the wall. Furthermore, a precipitous cliff stood between the flank and the defensive position the Greeks and Spartans were to assume. Because of the terrain and geology, Xerxes’ army had to face off against the Greeks in a space of 15 metres wide.

Just over 6,000 Greek soldiers made up the entire force. Defending Greece at Thermopylae was a calculated risk given that the Greeks were outnumbered by Xerxes’ army by at least 80,000 men.

The Greeks, led by the Spartans, were vastly outnumbered, but they were able to deploy the phalanx strategy to great effect since Xerxes’ forces were confined to the narrow pass of Thermopylae. Hoplites of Sparta were spearmen and swordsmen, protected by massive round shields and bronze helmets.

The Spartan hoplites used a phalanx formation in which their shields were interlocked and they moved as one unit, pressing forward, thrusting spears, and feigned retreats. By seeming to retreat, the Spartans lured the Persians deeper into the narrow pass, where they could then quickly turn around, reform shield walls, and suddenly reengage, making the most of their numerical disadvantage.

On the first day of the fight, the Spartans and the Greeks deployed cunning strategies that prevented the initial wave of Xerxes’ men from advancing through the Pass of Thermopylae. Xerxes then dispatched his elite force of 10,000 warriors, the Immortals.

But the Spartans’ discipline and close-quarters tactics won out once more, and the Greeks held firm. At the same time, the Persians attempted widespread employment of archers who could rapidly fire arrows at their foes.

The tradition goes that when the Persians warned that their arrows would block out the sun, a Spartan named Dieneces answered blasély that they would then have the pleasure of battling in the shadow. Persian arrows were no match for the Spartan’s bronze armour and their feigned retreats.

Ephialtes, a shepherd from Trachis, betrayed the Greeks and alerted the Persians of a way around the Spartans via the Anopaia passage, therefore ending the Spartans’ run of good fortune and foiling their strategy at Thermopylae.

Phokian troops, which Leonidas had previously stationed to watch this alternative approach, had fled to a higher position out of fear that they would be the major target. In order to reach the Greeks’ southern flank, the Persians had to go around them via the Anopaia route. 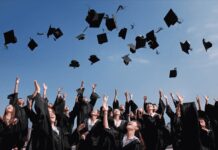 Can You Take the Sat after High School 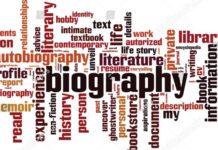 Why is Biography Important to Art and Literature 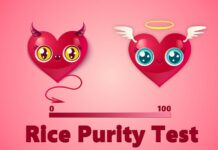