MADISON — Up to a dozen passengers on a flight from Morocco to Turkey who fled onto the Spanish island of Mallorca after their plane made an emergency landing there were being sought after by Spanish police on Saturday.

According to Spanish air traffic controllers, the plane was an Air Arabia Maroc aircraft from Casablanca to Istanbul on a Friday night. It attempted to make a detour to Palma de Mallorca in order to treat a passenger who had reported feeling ill. 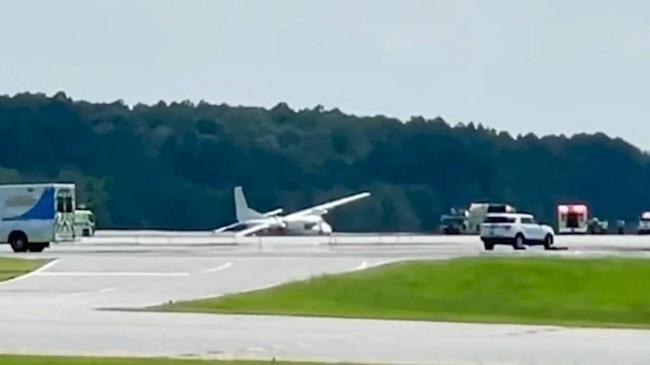 After being taken to a hospital, the passenger was immediately released and taken to jail on suspicion that he had pretended to be ill in order to let himself and others enter Spain illegally, according to the police.

The police report indicated that while he was receiving medical attention, some 20 other passengers managed to leave the aircraft by running across the tarmac and through the airport security gates.

An important tourism hub’s airport was shut down for more than three hours due to the uproar, which also forced numerous other flights to change their routes.

It also added a fresh perspective to Spain’s ongoing battles with unauthorised crossings, both on land from Morocco to the Spanish enclave of Ceuta and at sea from West Africa, a route that has repeatedly resulted in catastrophic consequences.

The sick person was not named by the police, but they did say in a statement that he most likely fell into a diabetic coma during the journey. Spanish media reported that he was Moroccan. He was followed to the hospital by a fellow passenger who also ran away.

According to a police statement, five passengers were detained on Friday evening in the airport-area town of Marratx. A Palma police official who declined to be identified in order to talk while the search was ongoing said that as of 11 a.m. on Saturday, the police had detained 11 people who had been on the flight.

Later on Saturday, it was anticipated that the local Palma authorities will provide further information regarding the escape and the hunt for the missing passengers.

The airport in Palma reopened just before midnight. Thirteen planes had to be diverted to Barcelona and other airports, according to Aena, Spain’s national airport operator. More than 40 other flights had significant delays or cancellations.