TOKYO — American Ryan Crouser has won gold once more. He won the men’s shot put gold at the Olympics for a second time, matching his performance at the 2016 Games in Rio de Janeiro.

In doing so, he also established a new Olympic record. Never even once. Not even once. However, three times. 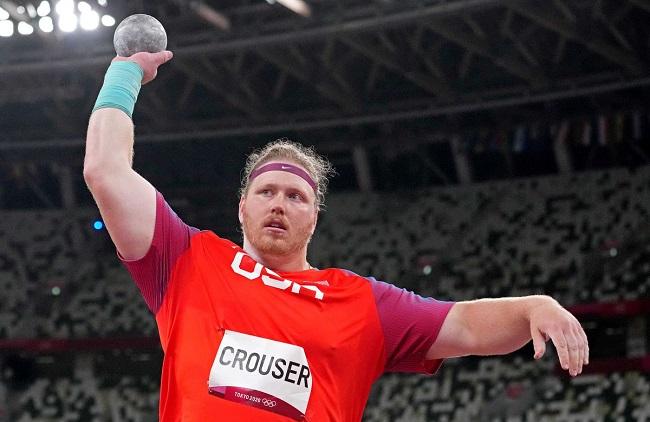 The huge man delivered a great performance on a hot day at the Olympic stadium. With a height and weight of 6 feet 7 inches and 320 pounds respectively, Crouser won gold in the Olympics on three separate occasions. Plus, he saved the best for last.

At the June U.S. Track and Field trials in Oregon, his final throw of 23.30 metres was just short of the world record 23.37 he achieved at those same trials.

Even so, he proclaimed it to be the best throw of his entire life. “Tossing 23.37 in the vicinity of the target was a lot less of a hassle. Putting together a show on this kind of venue is quite challenging “After the fact, Crouser stated.

The silver medalist, American Joe Kovacs, also won a silver medal at the 2016 Olympics. New Zealand’s Tom Walsh took bronze, just as he did in Rio.

“That is the first time in Olympic track and field history that the podium positions have been duplicated,” USA Track and Field reported, quoting historian Bill Mallon.

U.S. shot putter Ryan Crouser successfully defended his Olympic championship on Thursday in Tokyo, setting a new Olympic record three times in the final to win gold with a throw of 23.30 metres, edging out Joe Kovacs of the United States by 0.10 metres.

In the 125 years of Olympic history, never before have the same athletes occupied the same podium positions in an individual event for two consecutive games.

Crouser threw 23.30 metres, breaking his own Olympic record in the process, however he fell eight centimetres short of his world record.