After winning silver in the 3000 metre event at the 2018 World Indoor Championships, Barega went on to win gold at the 2022 event. 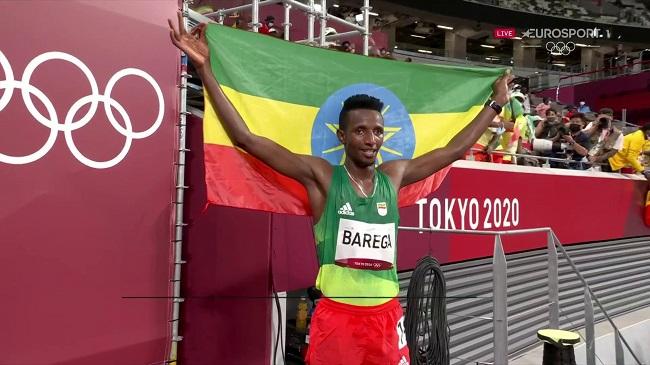 At the 2017 World Championships in London, Barega competed for Ethiopia in the 5000-meter event and placed fifth overall.

Selemon’s hometown is the Gurage region of Ethiopia. In 2016, he made his debut on the global stage.

At the IAAF World U20 Championships on July 23 in Bydgoszcz, Poland, he ran a personal best time of 13 minutes, 21 seconds, 21 seconds.

Barega is at the top of his game after winning silver at the world 5,000m championships in Doha two years ago.

In a close and strategic race, the 21-year-old won gold with a surge of speed around the final bend and down the home straight that not even the quick Ugandans could match.

Barega finished the race in 27 minutes, 43 seconds, while Cheptegei, who had previously set a world record of 26 minutes, 11 seconds in Valencia last year.

Outsprinted his young rival over the final 30 metres to take silver in a time of 27 minutes, 43 seconds.

After the race, Barega admitted that he was restoring Ethiopia’s reputation in an event last won by Kenenisa Bekele in 2008, and he said that his strategy had been “really challenging” due to the form of the Ugandans.

He continued, “I was doing short-distance running, and when I was down to very short lengths like 400 (metres) or 200 (metres).

I was really confident about myself to win because I had already experienced winning the 400 (metres) of the short-distance running.”

The 21-year-old out-kicked Cheptegei on the final straight to become the first new winner of the event since Britain’s Mo Farah (who did not qualify for the Games) first won it in London in 2012.