It all started when his father gave him some sound advice: “learn to shoot with both your feet.” S. Cordova, a young Mexican man, believed him at face value.

S. Cordova, at 24 years old, has spent a lot of time practising his right footwork despite being a naturally gifted left footer.

This has allowed him to develop into an unpredictable and adaptable attacking midfielder, causing all sorts of issues for his opponents at the Men’s Olympic Football Tournament in Tokyo in 2020. 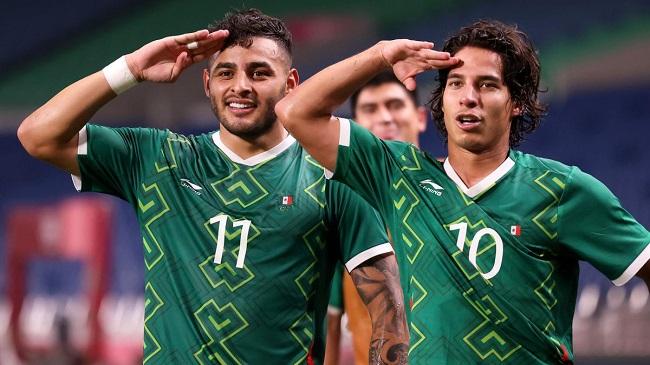 Mexico won the bronze medal thanks to a dominant first quarter in which they scored twice (thanks to goals from S. Cordova and Johan Vasquez) and an outstanding second-half header from Alexis Vega.

It’s understandable that the home team would be disheartened by their slow start, but they were ultimately undone by a superior squad’s superior performance.

As it turned out, Japan suffered the price for a poor start; Mexico established the tone by instantly imposing themselves and, critically, taking their chances.

Japan played well once they got going, but they were already down 3-0 at that point, and while they made enough chances to at least send the game into overtime, they were always playing catch-up, and Mexico always looked like they had another gear if they needed it.

S. Cordova, who is left-footed, opens his body to roll in the other direction while Tani dives to the right. Mexico can now control the ball and wait for openings, which spells concern for Japan.

Redemption! The Mexico captain, who was previously sent off against Japan in the group stages, makes a brilliant last-second run past poor old Endo to meet S. Cordova’s excellent cross and send it soaring across the face of goal and into the side netting.

Those in Mexico are on fire right now! Thanks for reading S. Cordova Olympic Games Tokyo 2020.