For the first time ever, Richard Branson is planning a test flight for his Virgin Galactic space tourism enterprise that will take off on July 11. More than a week before Bezos hopes to complete his own trip, along with his brother and an anonymous auction winner who spent $28 million for their place on the first passenger voyage for Bezos’ competitor space enterprise, Blue Origin.

When This All Started?

A month ago, Jeff Bezos stated that he will be the first billionaire founder of a private space business (a group that also includes Richard Branson and Elon Musk) to fly in suborbital space on one of their own rockets, but now it appears that he will not be the first. 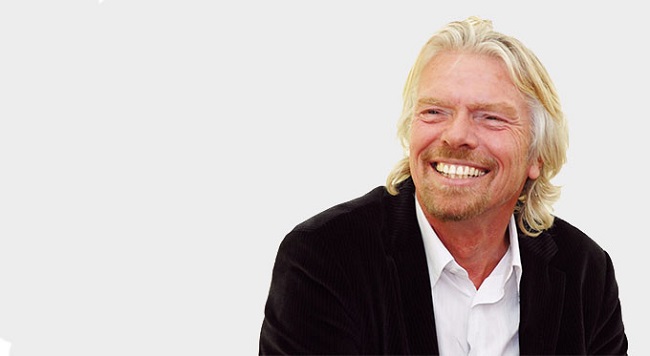 In 2007, Charles Simonyi, a wealthy software developer, became the first billionaire to travel to space. Richard Garriott, a video game producer, followed in 2008.

Because of this, Branson’s decision to book a ride on a Virgin Galactic spacecraft just nine days before Jeff Bezos’ flight has been seen as an attempt to outdo his adversary. Branson, on the other hand, has played down the competitive nature of the space race, telling CNN that Bezos’ ambitions had little impact on his own announcement.

In his Friday interview, Branson added, “I think both of us will be wishing each other well, and it really doesn’t matter if one of us travels a few days before the other. ” Branson praised Amazon CEO Jeff Bezos on his spaceflight aspirations on Twitter back in June, but he also cautioned his followers to “watch this space.”

Virgin Galactic and Blue Origin are obviously competitors in the suborbital space travel sector, and Branson and Bezos are no exception.

There’s more in common between these two than meets the eye. Bezos and Branson, two of the world’s most successful entrepreneurs and self-made billionaires, are both devoted to space exploration and have invested their riches in initiatives based on their personal interests.

Let’s see how Bezos and Branson compare now that they’re both on the cusp of realising their long-held aspirations of going to the moon and back.

Billionaires who achieved financial success entirely on their own
Both Branson and Bezos began their journeys to become multi-billionaires in the retail sector, which they both left behind.

A youth culture magazine named “Student” was Branson’s launching pad for his first business, which subsequently blossomed into a lucrative record-selling enterprise that saw Branson selling vinyl albums via the magazine. The Virgin Records brick-and-mortar store in London, which he launched in 1971 and evolved into the Virgin Megastores chain, was followed by a record label and even an airline named Virgin Atlantic.

1992 saw the $1 billion sales of Virgin Records to then-independent record label EMI (now a subsidiary of Universal Music Group). Currently, he serves as chairman of the Virgin Group, a conglomerate and holding company that holds stakes in a number of Virgin-branded enterprises, including Virgin Atlantic, Virgin Mobile, and Virgin Galactic. According to Bloomberg, Virgin Group’s operations bring in an estimated $22 billion in annual sales.

Bezos, meanwhile, went from Princeton to Wall Street with D.E. Shaw’s hedge fund. After reading that the internet economy was anticipated to grow at a large rate, Bezos left his job and traveled to Seattle to start an online bookstore in a garage. On July 16, 1995, Amazon’s website went online for the first time.

While he has been CEO of Amazon for 30 years, Jeff Bezos is retiring after building the company into an online retail powerhouse and expanding its services to include data storage and web services as well as entertainment options. Amazon now has a market capitalization of over $1.7 trillion, making it one of the most valuable firms in the world.

When it comes to wealth, Jeff Bezos comes out on top. With a net worth of about $200 billion, Amazon founder Jeff Bezos is the world’s richest person, largely due to his more than 10% share in the company.

According to Bloomberg, Branson is the 380th richest person in the world, as of Friday, with an estimated fortune of $7.4 billion, making him one of the world’s richest people.

Branson has funded a number of world-record efforts, including kitesurfing across the English Channel and flying hot air balloons across the oceans. His Necker Island property in the Caribbean, which he purchased in the 1970s for just $180,000, is now valued at an estimated $100 million.

He also has a lake house in Medina, Wash., valued at $25 million, as well as a $23 million Washington, D.C. mansion, a $80 million Manhattan penthouse, and a record-setting $165 million Beverly Hills residence. According to reports, Amazon CEO Jeff Bezos is also building a $500 million superyacht.

Both Bezos and Branson have poured a significant portion of their enormous riches into their own private space ventures.

Blue Origin was founded in 2000 by Jeff Bezos, who has said he’s wanted to go to space since he was five years old. For the private space company, Bezos claimed in 2017 that he was selling about $1 billion in Amazon stock per year.

Virgin Galactic, Branson’s space tourism company, was formed in 2004 and began selling tickets for at least $200,000 to potential space visitors, including Justin Bieber and Angelina Jolie, according to reports. Since he was 19 years old, Branson has maintained that he will be one of the first passengers on Virgin Galactic’s space flights, saying that his desire of flying to space was sparked when he watched Apollo 11’s moon landing.

Outside investors such as Abu Dhabi sovereign wealth fund Aabar Investments, which pledged more than $400 million, joined Branson’s Virgin Group in 2009, after it had invested around $100 million into Virgin Galactic.

Virgin Galactic CEO Sir Richard Branson told CNBC in 2017 that he and Amazon CEO Jeff Bezos both want to build space technology that will improve human existence on Earth.

Short suborbital trips to the edge of space, roughly 80 to 100 kilometers above the Earth, are being planned by Blue Origin and Virgin Galactic, respectively, to provide travelers an opportunity to experience weightlessness for a few minutes. When it comes to space travel, Elon Musk’s SpaceX has previously flown passengers into orbit and on lengthier journeys, including to the International Space Station, and the company plans to fly an all-civilian crew into orbit in September.

The methods used by Blue Origin and Virgin Galactic to launch passengers into space are quite different. Virgin Galactic utilises a SpaceShipTwo suborbital spaceplane to send people into space, while Blue Origin uses a rocket to launch passengers in its New Shepard capsule. SpaceShipTwo is attached to a carrier plane, the White Knight Two, that flies it roughly 50,000 miles above Earth until the spaceplane detaches and its rocket engine launches the craft momentarily into space before returning to Earth.

This will be Amazon CEO Jeff Bezos’s first trip into space with Blue Origin, although the company has already completed three successful space flight tests, including one in May with two pilots. Four passengers, including Branson, will be on board Virgin’s July 11 flight.

This is a huge step forward for Branson’s firm, which announced on June 25 that it had been granted permission by the Federal Aviation Administration to fly paying passengers on future commercial space trips. For now, Blue Origin has not stated date for regular passenger flights.

Branson had stated that his first voyage to space will take place in early 2021, however that date was pushed back due to a computer breakdown on a prior test flight for Virgin Galactic in February. When asked by CNN if he felt confident enough to fly on the company’s upcoming July 11 launch, Branson said yes.