It is unfair to contrast Netflix’s live-action version with the original anime. Even so, there isn’t a strong reason to talk about it in this way.

A passionate following exists for the Japanese anime series Cowboy Bebop, which was only broadcast for one season 22 years ago. 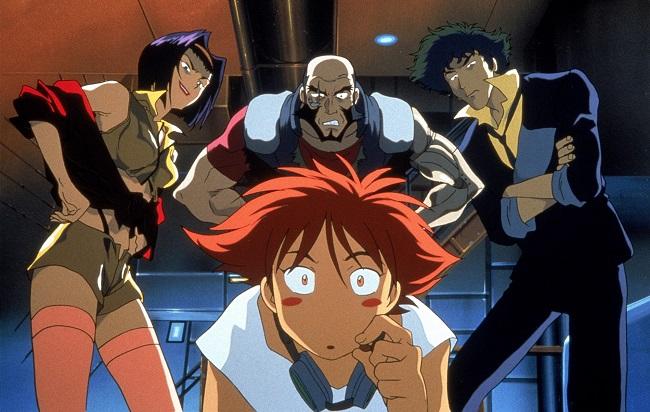 Review: ‘Cowboy Bebop,’ Minus the Art

The movie was destined to garner a devoted fan base and serve as a model for the following generation of movie nerds with its equal parts science fiction western and film noir, its roots in American jazz and blues, and its throwback James Bond meets Blue Note credits.

(The term “fanboy” is not intended to be derogatory. I firmly believe in the first episode of “Cowboy Bebop.”

Netflix’s upcoming “Cowboy Bebop,” a live-action remake starring John Cho as the space-dwelling bounty hunter Spike Spiegel, is also expected to be given extra scrutiny. Inquisitors will search for heretics. The scorekeepers will record the variations.

The New “Cowboy Bebop” in Comparison

Comparing the new and original “Cowboy Bebop” is unfair to the latter and ignores the core of the former. The anime’s appeal mostly stems from the level of control an artist, like Shinichiro Watanabe, the film’s director, can exercise over animation.

Built on a solid base of shoot-’em-up action and deadpan humour, the movie is a laconic, melancholy jewel box of mood, style, and gesture. For the same effect in live action, you would either need a very specific director or a very huge budget.

What would be a Fair Review of the New “Bebop” Based on Objective Criteria?

It’s … OK. In other words, there is nothing shameful about it. Though it’s not precisely a compelling reason to watch all 10 episodes, it is somewhat above average for a jokey, episodic, science-fiction action series with visual effects on par with “Doctor Who.”

Some time after Earth’s “fall,” Cho’s character, Spiegel, and his bounty hunter sidekick, Jet Black (Mustafa Shakir), travel across space in a ship called the Bebop.

Black, a disgraced police officer, and Spiegel, a former assassin for the Syndicate, a lethal criminal organisation, are both fallen themselves.

A fierce dame going by the name of Faye Valentine (Daniella Pineda), whose memory of her own identity has been erased, joins them on their journey.

The road’s end for Spiegel involves his former Syndicate comrade and Julia’s opponent (Alex Hassell) (Elena Satine). The writers had to omit some characters and plot points, like Ein, the adorable and talented corgi, and the red-haired hacker Radical Ed, to get to that showdown in the first season — in several hundred minutes less running time than the anime season, excluding the 2001 “Cowboy Bebop” animated feature.

Dedicated Supporters of the Original Work

Such changes might anger true devotees of the original piece. Everyone should find it annoying that the story’s brevity shifts the focus away from the episodic experiences on many planets and toward the plot points of a worn-out noir revenge fantasy.

The final three episodes of the anime are mostly composed of tragic-romantic posturing punctuated by thoughtless (and indifferently presented) gunplay and martial arts. This is because what was secondary for the majority of the anime suddenly takes centre stage.

Before that, the going was easy. The sensitivity-macho back-and-forth between Cho and Shakir, who get along brilliantly, is amusing. The three performers’ connection makes for some simple chuckles, and Pineda gives the foul-mouthed Faye character life and fire.

Cho is a wonderful choice for the lead role because of his aptitude for imbuing each exchange with a sense of melancholy and regret.

Before the drama settles in for its depressing end, the trio’s shenanigans offer some visual variety and a chance for intriguing guest players like Adrienne Barbeau as a cunning eco-warrior and Christine Dunford as a con artist from Faye’s past.

Under his direction, the show has an air of routine professionalism that works well during the show’s brighter moments but does little to alleviate the monotony of the later episodes.