Any traveler must have at least one European destination on their bucket list. After all, Europe is synonymous with centuries-old architecture, cozy old towns, top museums in the world, exquisite cuisine, a diverse cultural scene, and vibrant nightlife.

As anyone would testify, student years are the best point in your life to get out there and travel around the world, hands down. And what’s a better place for a long-distance trip than Europe, especially if you’re a novice traveler? 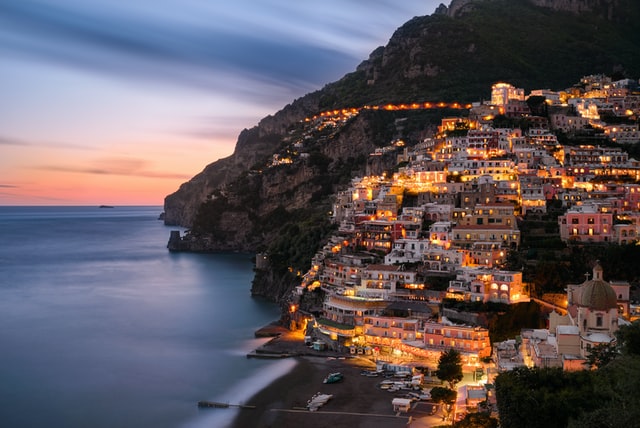 Still not sure which place in Europe is worth visiting? Don’t worry: here are 10 European destinations that you should experience while you’re a student.

“But I have so much homework and coursework to do!” Well, you can just stay home and bury yourself under it. Or, you can decide to offload it to services like physics help by EssayPro and enjoy your life instead. You only live once, remember?

Let’s start with the capital of love – Paris! But it’s not just the Eiffel Tower that should land it a spot on your to-travel list. After all, Paris has so much to offer: it’s home to Louvre, the Luxembourg Gardens, the Champs Élysées, Versailles Palace, and more. Each of the city’s districts is worth taking a stroll around, too!

Plus, don’t forget to indulge yourself with a high-quality meal at a French restaurant. Bonus points if you start your day like any French person: with a croissant and a coffee at a sidewalk café, without a hurry in mind.

The Big Ben’s chimes, one-of-a-kind British Museum exhibits, top-class MBA programs, and the royal Buckingham Palace – that is the essence of London, the capital of the United Kingdom. But that’s not all you can do when you’re there.

While in London, treat yourself to a tour around the Tower of London or musical tickets in the West End. Don’t skip out on trying real fish and chips and spending some time at a local pub, either. And why not pay a visit to the famous Piccadilly Circus or Tower Bridge?

If you’re looking for a city escape combined with some relaxation time at the beach, Barcelona has you covered. You can explore its diverse architecture and lively cultural scene and go for a dip at La Barceloneta beach, all in one day!

Besides that, don’t miss out on trying the world-renowned tapas and sangria at a local bar or market. And, of course, if you’re a foodie, Barcelona has you covered with its cuisine: gazpacho, tortilla Española, and patatas bravas are all worth a try.

Most lists will mention the Swiss part of this mountain range system. But very few can afford to spend their vacation in the Swiss Alps, especially if they’re students.

The Italian Alps are no less impressive and accommodating. There are plenty of ski resorts if that’s your jam. Courmayeur, Cortina d’Ampezzo, and Cervinia are all famous among skiers around the world. But if you just want to take in the picturesque landscapes and enjoy the slow life, go on a tour around alpine villages!

If you’re on a somewhat tight budget, then Prague is an ideal European destination for you. It has everything that Western Europe capitals can boast: medieval architecture and a cozy old town, scenic bridges, and castles. Yet, accommodation, food and drinks, and public transport are a lot more affordable than in most other European capitals.

While in Prague, take a stroll on Charles Bridge, treat yourself to a tour around the Prague Castle, and have lunch or dinner in the Old Town. Don’t miss out on Czech pubs with their unique atmosphere, either!

If there’s anything you know about Amsterdam, it’s probably its coffee shops (that don’t actually sell coffee) and the Red Light District. That alone can be a valid reason to go on a wild adventure to the Venice of the North.

But that’s not all that Amsterdam can offer you. This city will expose you to a completely different way of living once you let it, which can make it a good destination for sociology majors, too. Plus, make sure to explore it by bike. The Netherlands is synonymous with its world-renowned cycling culture, after all!

Have you ever dreamed of a trip to an island? If so, Santorini is waiting for you! This Greek archipelago has something more than just the turquoise water of the Mediterranean Sea and colorful beaches to offer you. It can boast picturesque volcanic landscapes, ancient ruins, and delicious Greek cuisine, to name a few.

Don’t know where to start exploring this archipelago? Head to Thira, Santorini’s largest island – and the most popular one, too. There, stay in Fira and/or Oia, the biggest towns on Thira. Then, you can move on to smaller, quieter islands: Thirassia, Nea Kameni, or Palea Kameni.

If you want a whole country as your playground, go ahead and travel to Cyprus. This amazing travel destination in the Mediterranean Sea is perfect for lovers of relaxing at the beach, exploring ruins, and enjoying scenic landscapes.

Cyprus is also not as popular among tourists from other continents as destinations like Venice or Barcelona. This means you’ll find it quieter and more affordable than most coastal places in Europe.

Amalfi Coast is a stretch of the coastline in the south of Italy. It has everything you might want from a seaside trip: colorful old towns with unmistakable European architecture, the Mediterranean Sea beaches, and coastal cliffs that seem to reach the sky.

You can start with any of the 13 towns that make up the Amalfi Coast and travel between them via the SS163 highway. If you can afford to, it’s worth your time and money to explore each of those towns. While they have many things in common, each of them has its peculiarities and unique atmosphere.

You might know the Austrian capital for its classical oeuvres and the monarchial legacy. But museums and stunning architecture aren’t everything that today’s Vienna has to show you. Many might argue that it’s the modern art capital of Europe!

The city also has a vibrant nightlife that will inevitably lure you into Vienna’s Bermuda Triangle, Karlsplatz, or the Vienna Woods. And if you want to make your night unforgettable, you can go to one of its historic cinemas for a festival screening or visit a third-wave coffee house. 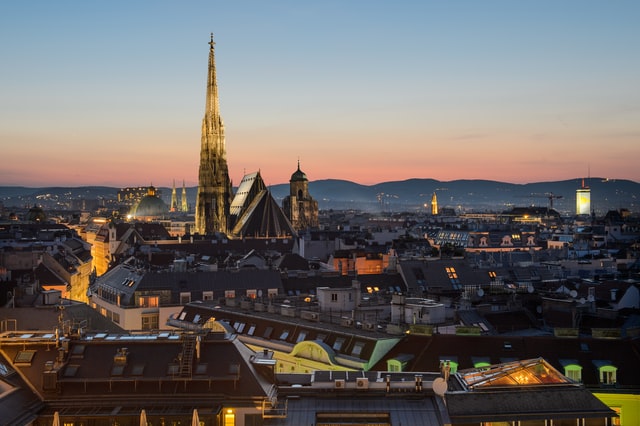 Want to make the most out of your time in Europe (and your long-haul flight, too)? Spend as much time exploring the continent as you can – ideally, at least three to four weeks. In other words, don’t stick to just one destination: hop between different places by bus, train, or airplane.

And in case those 10 destinations above weren’t enough for you, here are four honorary mentions that might belong on your travel itinerary:

American Airlines Cancels Hundred of Flights Due To Maintenance Issues