Overwatch Lost Connection to Game Server is something that a player won’t expect. At this moment, a screen with red words, “lost connection to game server” comes to check your patience. Many Overwatch players in North America are facing the same issue of connecting to the game’s servers. The problem seems to be happening to multiple people on almost all platforms. 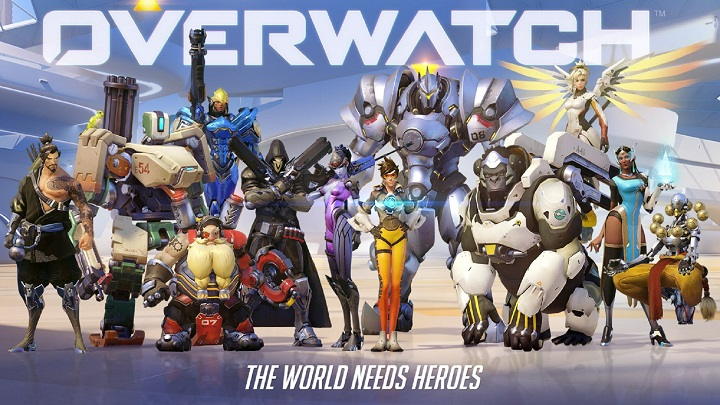 There are complaints of connection being getting lost and the inability to login to their accounts from several players worldwide. The first report came from Australia, where the players reported that this problem happened to them during ranked matches that led to their temporary suspension from the game mode.

Other people complained of their opponents being disconnected at the midway. According to the Blizzard CS – The Americas, they are currently investigating reports of login issues. On the Overwatch forums, Blizzard asked players to run a traceroute to help them find out what might be causing the Overwatch lost connection to game server error.

Some players are reporting both on the forum and the overwatch subreddit that the problem was happening for over three hours before Blizzard finally acknowledged it as a widespread issue. It’s unclear how long it can take for the servers to go back online with stability.

How to Fix Overwatch Lost Connection to Game Server Error

If you have also encountered this annoying situation, then don’t worry, we are here to help you out from this before this issue finally gets solved. If you are experiencing the same situation for a long time, then follow the below methods to fix the issue. Here are some of the possible solutions.

Going with our first solution, as soon as you see the Overwatch lost connection to game server error, immediately check the WiFi modem or router. Unplug and turn off your WiFi router for some time.

After a particular interval of time, restart your modem again and launch overwatch to check if it’s working or not. If the issue persists, then move onto the next solution. So rebooting your network and checking the internet speed back to normal will be your first step.

If the Overwatch lost connection to game server error occurs while the PC was connected to the internet via WiFi Network, then the root cause of the problem might be due to wireless interference. To remove this discrepancy, one must move his router to a new location, and it is considered best if it is in the center of your home as the signal will be equally distributed.

One should keep wireless devices such as phones and ovens away from the router to stop hindrance being caused by them. Now relaunch overwatch to check whether the issue is resolved or not.

For games like Overwatch, use the Battle.net Looking Glass. So when the connection is being lost repeatedly, there is a diagnostic tool available for us to detect these kinds of errors. You should navigate to Battle.net Looking-Glass site and select Region, Service the tests, and then hit the Run Test button.

You can post the detailed information of your problem on the official forum of Overwatch and see if anyone can help you come out of this trouble. We will get to know the affected parts and deal with those targeted areas in a proper manner.

Many overwatch gamers have found to use to reset Winsock data for Windows 10 to fix Overwatch lost connection to game server issue. Winsock is a programming interface in Windows OS which defines how Windows network software should access network services. Resetting the data may be helpful while dealing with the network issue problem.

Step 1: For updating, press the Windows logo key and type cmd in the search box.

Step 2: You have to find command prompt and run it using Run as administrator.

Step 3: You have to give it the required permission to work.

Step 4: Then, you should type netsh winsock reset in the command prompt and press enter.

Step 5: Restart the PC to check if the issue still pertains.

Method 6 – Flush the DNS and Renew your IP

Sometimes the IP and DNS server addresses can also result in such a blunder. So there is a dire need to flush the DNS server and renew the IP address on Windows 10, and maybe this can solve Overwatch lost connection to game server error.

Step 1: Locate and press Windows Logo Key and R at the same time to open the run dialog.

Step 2: After that type CMD in the search box and then right-click the result to Run as administrator.

Step 3: The next step would be to input ipconfig /flushdns command and then hit enter key to flush DNS server address.

Step 4: Then, in Command Prompt, write ipconfig /release and ipconfig /renew and run them one by one to renew IP addresses.

Step 5: Restart Windows 10 for better results and rerun overwatch, you will notice that overwatch runs well without any network connection error.

The cause of the problem can be the proxy server, which needs to be disabled before starting overwatch.

Step 1: From the keyboard, press Windows Logo Key and R at the same time to run dialog.

Step 2: After that, type intelcpl.cpl into that and hit enter.

Step 3: After navigating to the connections tab next select Never dial a connection in the settings and click LAN settings.

Step 5: Disable it if you are using a VPN or a third party-proxy server.

Launch Overwatch to see if Overwatch lost connection to game server error persists. If so, then try the next fix, which will be quite useful for you.

For most users, the Google DNS address will help fix Overwatch lost connection to game server issue. You can also try changing the DNS server in your PC to the Google Public DNS addresses to see if the issue can be resolved or not. In the advanced System Care, the all in one system optimizer can automatically change to the DNS server on Windows 10.

Therefore if you are not comfortable while changing the DNS, then it is better to change the DNS by ASC. From there, you will be able to observe that the Overwatch lost connection to game server error remains from startup or on PS4. Also, you can change the DNS server on your own.

Step 2: Then type control and then hit enter after viewing the Control Panel by category click onto View network status and tasks.

Step 3: Furthermore, change the adapter settings in the pop-up window.

Step 4: Right-click onto that and select properties to select Internet Protocol Version 4 (IPv4) and view its properties.

Step 5: Obtain the IP address automatically and Use the following DNS server addresses and click OK to save the changes.

Step 2: The next step is to right-click the bandwidth-hogging applications and select End Task to stop its functioning.

We discussed all the possible fixes to solve Overwatch lost connection to game server. Starting from rebooting your network, updating the network driver to reset Winsock data, we have covered all these topics in detail. Further possible solutions could be to disable the proxy server, flush your DNS, and renew your IP.

When your internet goes down, regardless of the trigger, it means that your network drivers or network hardware have crashed. So, we should also consider the technical issues like firmware updates, power cycling the hardware, and Ethernet cable connection while dealing with this problem.

Testing from a different network or a mobile tether might be useful in this. The above methods will work for you and will help in fixing the Overwatch lost connection to game server error. We hope you all will find this article informative.

VAC Was Unable to Verify the Game Session [RESOLVED]

How Can an Artist Get Back a Masterpiece Created in CorelDraw

How to Get A Reliable VPN Deal For Your Money and...

The Default Gateway is Not Available Error [RESOLVED]

How to Solve “io.netty.channel.AbstractChannel$AnnotatedConnectException: Connection refused: no further information” Error on...

Router Login Modified date: June 1, 2020
© 2018-20 Reach to Us at [email protected]
We use cookies to ensure that we give you the best experience on our website. If you continue to use this site we will assume that you are happy with it.Ok