The Los Angeles Lakers are battling for their playoff lives as they try to avoid being eliminated from the NBA.

After the Rams won the Super Bowl, James congratulated Los Angeles Rams general manager Les Snead and then praised Oklahoma City Thunder general manager Sam Presti when asked a question about one of his players during an All-Star Weekend press conference.

James, who has been known throughout his career for making cryptic remarks, raised his eyebrows. Some interpreted his words as an attack on the Lakers’ management. 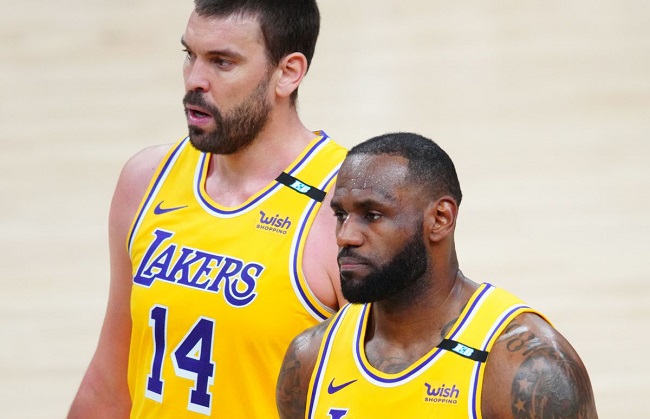 After telling The Athletic that he hadn’t closed the door on returning to Cleveland, there was a lot of conjecture about whether or not James’ marriage to the Lakers was really ended after all.

Looking back, it’s obvious that’s not the case. According to James, some of his statements following the All-Star Game had been exaggerated. It was “simply noise,” according to Vogel.

Lakers VP of Basketball Operations Rob Pelinka and General Manager Jeanie Buss met with James’ agent Rich Paul to reassure them that he would remain a Lakers player, according to various sources with knowledge of the meeting.

By virtue of his work as an agent for James and Anthony Davis, Paul has developed a strong relationship with Pelinka and Buss. After a poor season, their discussion last week helped smooth out some of the kinks.

In the end, this meeting couldn’t do much about the situation on the ground.

For the past two weeks, Davis has been out due to a sprained foot. He has missed a total of 24 games so far this year. 17 of James’ shots went awry. Last time these three players appeared in the same game was on January 25 at Brooklyn.

Since then, it’s been his only opportunity, and even that dim optimism is dwindling by the minute.

The Spurs are now four times as likely to make the playoffs as the Lakers, according to FiveThirtyEight’s estimates. Think about it.