Following the catastrophic rocket fire and riots in Israel earlier this year, we saw how quickly social media remarks might inflame the Israeli-Palestinian conflict. 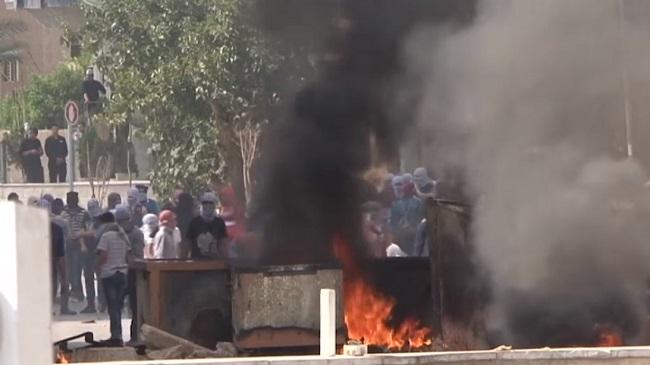 A flood of potentially dangerous false information on both sides of the argument has resulted from the speed with which millions have voiced their opinions about the controversy online.

The fight for peace can be aided by identifying and rejecting false narratives on social media that attempt to foment violence in the Israeli-Palestinian conflict.

Following the attack on the Al Aqsa Mosque complex, which has been set on fire, Zionist settlers are celebrating.

At the height of the conflict, this report and a video of smoke plumes rising over the Al Aqsa Mosque in Jerusalem’s Old City became popular on Twitter, garnering over 2.3 million views.

The video that was posted in response to the tweet, “Israeli Jews singing and chanting as a fire burns outside al Aqsa mosque,” has received an astonishing 15 million views. This behaviour is abhorrent and abhorrent.

You can obtain a frightening impression of the brutality committed against Palestinian Muslims by reading these tweets. But more than the violence itself, what is worrisome about these tweets is that it never actually happened.

Along with the issue of false information, the issue of what isn’t being communicated is frequently hidden by the abundance of social media posts. It is just as detrimental to disregard information that would paint a more accurate image as it is to disseminate falsehoods.

According to “The Power of Bad,” a book, the amygdala, a group of cells adjacent to the brain stem, is known to trigger emotional reactions in response to perceived dangers. When danger is perceived, the brain ignores all other cues in favour of concentrating on avoiding it (Tierney & Baumeister, 2021, 73).

We tend to focus more on violent posts than good ones because our brains are designed to respond negatively to threats.

This silences the many voices advocating reasonable solutions, which contributes to a distorted perspective of the Israeli-Palestinian conflict. We appreciate you taking the time to read our article, Lies on Social Media Fuel Israeli-Palestinian Conflict.