After a 151-race, five-year unbeaten streak as a junior, which earned her the nickname “Miss Moneylegs” and earned her the 100m and 200m double at the 2009 Youth World Championships, the transition to senior level did not go as planned.

Williams struggled, and a heartbreaking hamstring strain just prior to the London 2012 Olympics prevented her from competing at her home games. 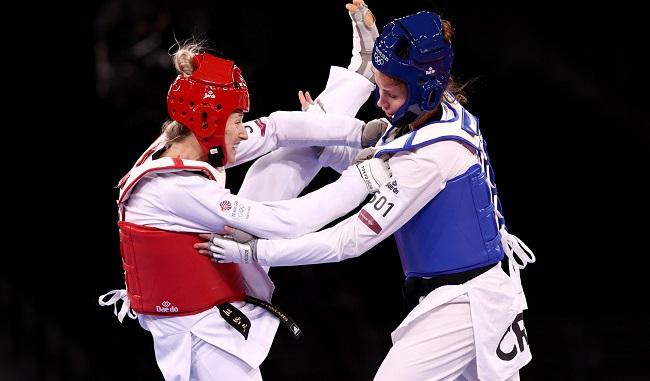 She did won 200m silver medals at the European and Commonwealth Championships in 2014, but she almost abandoned the sport the following year after failing to qualify for the Olympic 200m final in Rio in 2016.

However, watching the 2017 World Championships in London when she wasn’t participating revived her passion for athletics, and after switching to the 400m, she won her first major individual medal in seven years, bronze at the 2021 European Indoor Championships.

The native of Hertfordshire proclaimed that she had regained “her mojo” after this victory, and she subsequently secured a spot in the 400m event at the 2020 Olympic Games in Tokyo.

In the women’s 400m semi-finals, eight women broke 50 seconds, including Britain’s Jodie Williams, who broke the barrier for the first time in her life to qualify for the Olympic final and jump from No.15 to No.6 on the UK all-time rankings.

Marileidy Paulino set a Dominican Republic record of 49.38 to win the first heat, followed by Candice McLeod’s 49.51. Roxana Gomez and US champion Quanera Hayes both broke 50 seconds, with the latter two qualifying as the fastest losers for Friday’s final.

“I thought if I performed my ability in the 400-meter dash, I might contend for medals. In the 200 metres, I have not been able to properly express myself, and I was becoming frustrated. I just feel like my old self again.

I used to dominate heats and PB in championships. I’m a champion performer and it’s great to finally feel like myself again!”