K. Shoji and Erik Shoji, two of the biggest names in American volleyball, have played together their entire lives.

On Saturday night, the sons of famed University of Hawaii women’s coach Dave Shoji opened their second Olympic Games against France. Both had great playing careers at Stanford and for the United States. 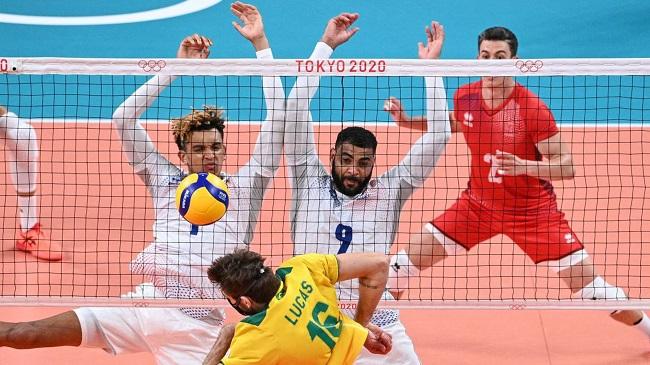 By performing in Japan, the Shoji brothers can honour their late relatives, most notably their grandparents, who met and married in an internment camp before their grandfather served in World War II for the United States as a member of the 442nd Infantry Regiment.

“For us, it’s quite significant,” Erik Shoji emphasised. As a family, we take great delight in keeping that tale alive. The tale of the 442 and even the internment of Japanese Americans is mostly unknown. It would be neat, I suppose, to explain that.

The tragic events surrounding K. Shoji and Chizuko Shoji occurred during a dark period in American history. They both grew up in Southern California, although only 15 miles apart; they didn’t meet until after the darkest days of WWII.

More than 100,000 people of Japanese ancestry lived on the West Coast and were forced to live in internment camps after President Franklin D. Roosevelt signed Executive Order 9066 shortly after the bombing of Pearl Harbor on December 7, 1941.

Most of them were American citizens, but they were effectively locked up because of an unfounded concern that they would join the Japanese during World War II.

K. Shoji recalls learning about his grandfather’s service in World War II and witnessing the Purple Heart and Bronze Star his grandfather had earned.

K. Shoji remarked, “It really is a wonderful, interesting, unknown narrative merely about loyalty and heroes.” I remember him telling me that he enlisted in the military so that he could “show his allegiance to our country.

Wow, to have heard the story at such an early age and to have had the opportunity to comprehend his selflessness and perseverance through that trying period, that was very remarkable. That speaks a lot about him and the other guys he went to war with.

The Shoji brothers have served their country in other ways besides the military, helping the United States earn a bronze medal in the 2016 Olympics in Rio de Janeiro and returning for a second Olympics in Japan.

In their Pool B opener on Saturday night, the United States swept France in three sets, led by Erik Shoji’s stellar libero play.

Earlier in the day, medal favourite Poland lost to Iran in five sets in the match of the day. After reaching the quarterfinals in their Olympic debut in 2016, the Iranians are off to a great start in this year’s competition with a 23-21 victory in the final set.

K. Shoji wealth is estimated to be between $1 and $4 million. His primary source of income, as you can see, is as a professional Volleyball Player.