Since defeating Kento Momota in a shocking upset at the Tokyo 2020 Olympics, K.H. Heo popularity has surged, but he recently disclosed that he almost gave up the sport following a string of mediocre results.

Although he lost to Chou Tien Chen in the semifinals of the YONEX French Open 2021 today, his career graph has been on the rise since Tokyo. 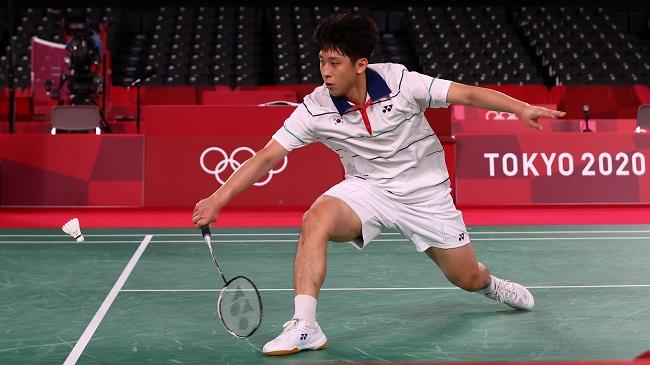 He advanced Korea to the Sudirman Cup semifinals with victories over Kunlavut Vitidsarn and Chou; repeated his victory over Momota at the Thomas Cup as he led the team into the quarterfinals; and reached his first World Tour Super 750 semifinal at the French Open by defeating Wang Tzu Wei and Lakshmi Sen.

“This is a major competition and my first Super 750 semifinal on the World Tour.” Since the Olympics, I’ve been able to face strong opponents, and my confidence has grown,” said the 35th-ranked player in the world.

K.H. Heo was a prodigy, winning the 2013 BWF World Junior Championships. However, his performance at the senior level has been less impressive, and prior to his victory over Momota, he had few noteworthy accomplishments.

“After winning the Junior World Championships, my performance continued to decline. My body was not in sync with my thinking. I desired to surrender.

I felt like I could no longer continue. Since the Olympics, however, I feel differently in every match. I feel mentally prepared for every match,” he remarked.

His better physical fitness contributed to his enhanced performance. K.H. Heo recalls losing 10 kilogrammes in preparation for the Olympics and arriving in Tokyo in his best physical condition ever. The results began to materialise.

“The Olympics felt to me like a rebirth. The (TOYOTA) Thailand Open was the final tournament before the Olympics. And I gained a lot of weight, but I was able to reduce 10 kg prior to the Olympics, so I felt physically and emotionally much better.