Professional golfer Juan Sebastián Muoz was born in Colombia on January 4, 1993, and he currently competes on the PGA Tour.

While attending the University of North Texas, Muoz was a successful golfer, winning two tournaments during his senior year, including the Conference USA Championship. 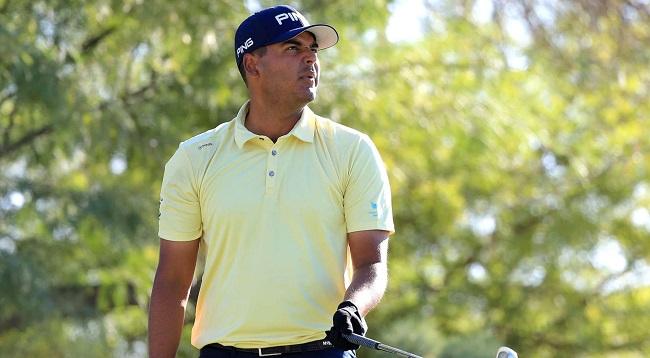 The year Muoz turned pro was also the year he won two tournaments on the PGA Tour Latinoamérica’s Developmental Series.

To play the first half of the 2016 PGA Tour Latinoamérica season, he needed to finish in the top 50 in the Series.

But in February of 2016 Muoz won the Web.com Tour’s Club Colombia Championship thanks to a sponsor invite.

This was the first win ever by a Colombian golfer on the Web.com Tour, and it came in his hometown of Bogotá, earning him a card for the tour.

The 22nd place finish on the money list guaranteed him a spot on the PGA Tour for the upcoming 2017 season.

The golfer from Bogota is Colombia’s 55th representative at Tokyo 2020 + 1. IDRD Networks Photographer

On Tuesday, June 22nd, the District Institute for Recreation and Sports (IDRD) announced that men’s golfer Juan Sebastián Muoz had confirmed his participation in the Tokyo 2020 + 1 Olympic Games.

The Bogota golfer was placed in box 24 of the group of 60 classified by the International Golf Federation (IGF).

Making him the 55th Colombian to enter the contest after his classification was confirmed.

On the other hand, Antioquian Camilo Villegas, who also qualified for the Olympics, has decided not to compete “due to other personal projects,” as reported by Caracol Radio.

Muoz’s best 2017 performance was a T-3 at the Greenbrier Classic in July. In the first round, he shot a “stunning” 61 and went up by two shots.

The next two rounds he shot 67 and 68, respectively, to keep his lead at one stroke. He lost to Xander Schauffele after shooting a disappointing 72 in the final round.

Muoz’s lone top 10 of the year wasn’t enough to keep his PGA Tour card active. With two second-place finishes and a third-place finish on the Web.com Tour in 2018.

Muoz finished in the top 12 on the money list and was once again promoted to the PGA Tour.