A professional tennis player from the United States, Jessica Pegula was born on February 24, 1994.

She reached as high as the sixth spot in the WTA doubles rankings. One WTA singles title, four WTA doubles titles. 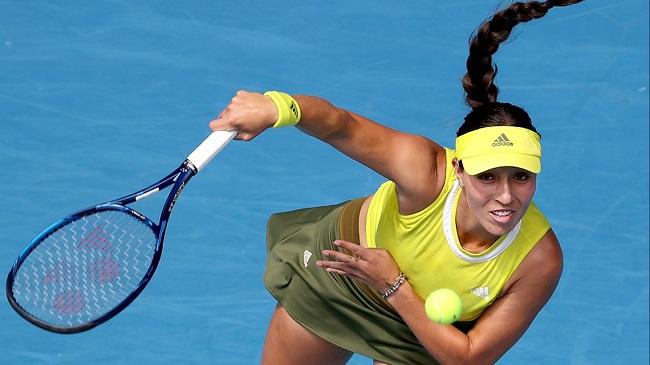 She has also reached the finals of a Grand Slam tournament in doubles, with partner Coco Gauff, at the 2022 French Open.

Later this month, Jessica Pegula will travel to Tokyo, Japan to compete in the 2020 Summer Olympics.

A first-time Olympian, Pegula is the daughter of Buffalo Bills and Sabres owners Terry and Kim Pegula. She was named to the United States Olympic tennis team on Thursday.

The Women’s Tennis Association has the 27-year-old ranked as the world’s 26th best female tennis player as of this writing.

Pegula, who was seeded 22nd among women, was eliminated from the Wimbledon tournament in London, England on Wednesday by an unseeded Russian player named Liudmila Samsonova.

Tennis competition begins on Saturday, July 24, just one day after the official opening of the Tokyo Olympics on Friday, July 23.

Pegula will play both the singles and doubles competitions, with Bethanie Mattek-Sands being her doubles partner.

This is the first of several pieces about athletes from Western New York who will be competing in the 2020 Olympics in Tokyo.

Jessica Pegula’s tennis career has taken her all over the world, and no matter where she goes, she always seems to run into someone from Buffalo or Western New York, or a Bills fan or a Sabres fan.

I think it’s awesome that they’re everywhere,” Pegula said of the ubiquitous chain. This is something I get to witness, and every time it takes me by surprise.

When I’m at a game, people will cheer, “Go Bills!” or “Go Sabres!” It’s amusing that they never leave, in a way.

Her selection as one of six American women’s tennis players to compete in the Olympics is the most recent indication of her rapid rise to the top of her sport over the past seven months.

Next month, Team USA will be represented by Jessica Pegula at the Olympics in Tokyo.

She was one of four women’s singles players selected, along with Coco Gauff, Jennifer Brady, and Alison Riske.

The Buffalo native is the daughter of Bills and Sabres owners Terry and Kim Pegula. Pegula is also likely to team up with Rochester, Minnesota’s Bethanie Mattek-Sands in the doubles competition.