Thus, for athletes like as J. Hull, who will represent Australia in the 1500-meter event in the Tokyo 2020 Olympics, there is frequently no room for nervousness or other trivial concerns during competition.

“One thing I’ve learned from some of the larger races I’ve competed in is that the person who can maintain their calm and keep their head up — who doesn’t react to a crazy move or if someone is pressing in the pack — and who stays the most composed is usually the winner. 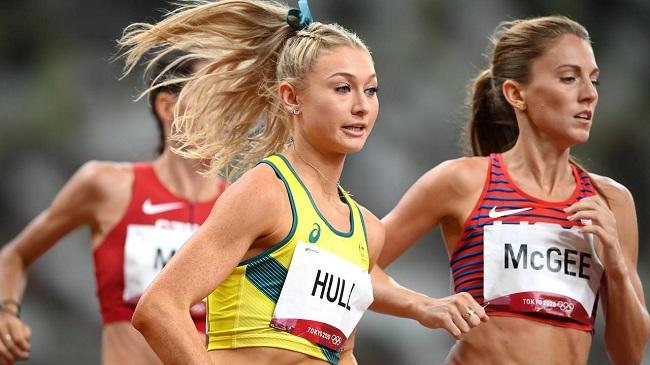 “When the pistol goes off, you don’t want to be very reflective. You should have completed all necessary preparations and know precisely what you must do to succeed.

“When I get nervous, things tend to speed up, so just having the habit of going back to breathing and slowing things down — whether in the call room before a round or if I get too excited too soon before a heat — allows me to go back to practise and unwind; acknowledge that I’m excited but that I don’t need to be too overly excited just yet.

“I’m fairly adept at [visualisation] for all of my races. I like to have a plan in mind and have practised it several times before I arrive at the starting line. I believe a comparable system can be developed in Tokyo.

J. Hull, 24, was the first to make her mark on Wednesday evening, finishing fourth in the first semi with a time of 3 minutes 58.81 seconds, thereby breaking Hall’s national record.

J. Hull told the, “My last 100 wasn’t pretty, but I put myself in it for 1400 metres and I came away with the big Q (automatic qualifier) and I’m really excited to advance to the final.”

“I just wanted to remain in the top five. My motto was “finish in the top five and stay alive.” I’m rather pleased with myself because I was able to accomplish my objective.

Dutch sensation Sifan Hassan, who is seeking an unprecedented 1500-5000-10,000m treble in Tokyo, will join J. Hull and Hall in the final.

Jenny Orr in 1972 and Marg Crowley in 1996 were the only other Australian women to qualify for the Olympic 1500-meter final.