J. Chiengjiek, a Rio 2016 Olympian and track and field athlete, aspires to return to the Olympic Games at Tokyo 2020 as a member of the IOC Refugee Olympic Team.

J. Chiengjiek, who was born in what is now South Sudan, fled the Sudanese Civil War several years after his father was killed in the battle in 1999. 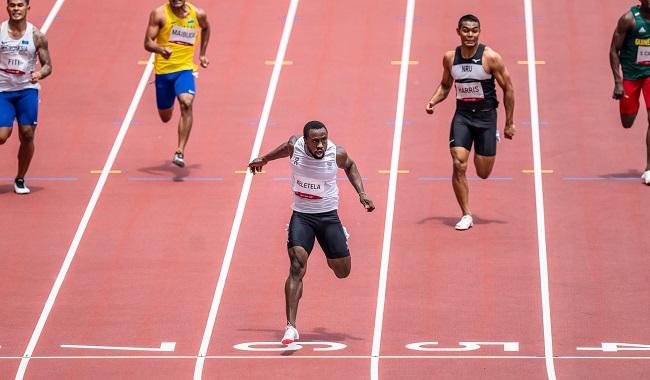 In 2013, he began training with the Tegla Loroupe Peace Foundation, which he had been supported by the UN High Commissioner for Refugees.

This resulted in his selection to the inaugural Refugee Olympic Team Rio 2016, where he placed eighth in the 400-meter heat with a time of 52.89 seconds.

Now, J. Chiengjiek is prepared for his second go in the Olympics.

J. Chiengjiek, a two-time Olympian who was born in South Sudan and is a member of the Refugee Olympic Team, was knocked to the ground following a sudden move to the front after the break. The two-time Olympian got back up and finished the race.

How did this group come to exist?

Ten refugee athletes from four nations participated with other athletes at the 2016 Summer Olympics in Rio de Janeiro.

Thomas Bach, president of the International Olympic Community (IOC), announced the formation of a Refugee Olympic Team during the UN General Assembly in 2015, on the eve of a global refugee crisis. The team would consist primarily of refugees.

The geopolitical identities of the majority of participants have been completely erased. Moreover, refugee athletes have endured loss, dispossession, and exile, placing them at crucial intersections.

The formation of this team at this critical juncture represented a second chance to reconstruct a deconstructed future. It was viewed as a means to increase global citizens’ sociopolitical awareness of displaced persons.

In 2016, the United Nations projected that there were more than 21 million refugees worldwide, a figure not seen since World War II.

As the 2016 Olympic Games neared, Thomas Bach, president of the International Olympic Committee, saw an opportunity to draw public attention to the refugee issue and to provide some of the stateless athletes a chance to compete on the international stage.

Ten refugee athletes from South Sudan, Syria, Congo, and Ethiopia were chosen by the IOC to compete for the newly-formed Refugee Olympic Team. During the Opening Ceremony, the team will carry the Olympic flag into the stadium.

Yusra Mardini, a Syrian refugee, competed in swimming events in Rio, while James. Thanks for reading our article J. Chiengjiek Olympic Games Tokyo 2020.