More
Home Gaming Is Joel Embiid Playing in the Olympics?

As the 2024 Olympics approach, Philadelphia 76ers star Joel Embiid is a wanted man. Joel Embiid has “strong interest” from Team USA for the Paris Games.

According to Stein, the host country is also interested in signing Joel Embiid, who became a French citizen in July. On September 29, Joel Embiid told reporters that earlier in the month he had also been sworn in as a U.S. citizen.

The five-time All-Star acknowledged, “I’ve been here for a long time.” “My son was born in the United States. Being an American citizen felt like a privilege while I was here. Therefore, I reasoned, why not?” 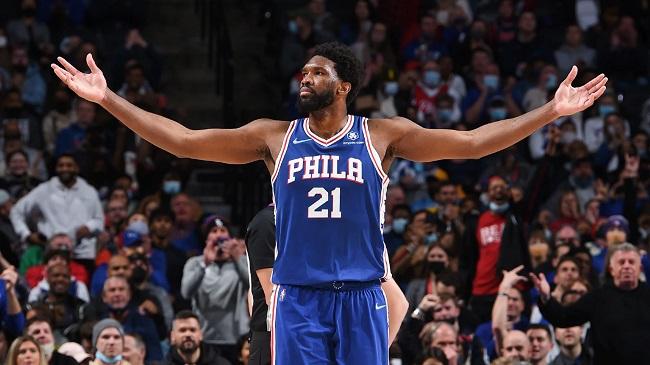 Some of our guys did meet with him, Collet stated. “He ought to join in our games, in my opinion. Now, that said time will tell. We’ll accept his choice, whatever it may be.”

Joel Embiid has made it clear he is not thinking about the 2024 Olympics at the moment, despite the fact that the Olympic teams likely would appreciate a quick decision.

Last month, he stated, “I just want to be healthy and win a championship and proceed from there.”

Despite being a native Cameroonian, Joel Embiid has never competed in the Olympics. Before he left for Kansas in 2013, he worked under the tutelage of fellow Cameroonian basketball player Luc Mbah a Moute.

This Olympic cycle, Team USA will be led by Steve Kerr. He’ll be taking over for Gregg Popovich, who won a gold medal with the team in Tokyo in 2020.

With a final score of 87–82 over France, the United States men’s basketball team won their fourth consecutive Olympic gold medal. Despite the setback, the French team nevertheless managed to win an Olympic medal for the first time since the year 2000, matching their best Olympic finish.

Based on FIBA’s rankings, Team USA is the best team in the world. Fifth place goes to Spain, followed by Australia, Argentina, and France.

As Joel Embiid mulls over whether or not to pursue an Olympic career, the Philadelphia 76ers are gearing up for his ninth season. This past year, the 28-year-old had his most successful campaign to date. He led the NBA in scoring at 30.6 points per game and came in second place for MVP.

The Sixers’ regular season kicks off on October 18 at TD Garden against the Boston Celtics.

Joel Embiid was born to Thomas and Christine Embiid in Yaoundé, the capital city of Cameroon. A younger brother named Arthur and a younger sister named Muriel were part of his upbringing.

Sadly, 16-year-old Arthur lost his life in a car crash in 2014. Joel Embiid and the Brazilian model Anne de Paula have been an item since 2018.