Deriglazova has won the European Championship twice as a member of a team and twice as an individual. 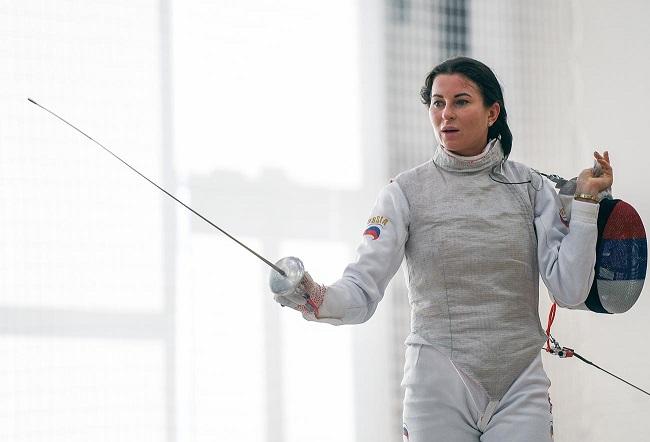 Deriglazova has competed in the Olympics three times, winning a silver medal as part of a team in 2012.

At age eight, Deriglazova took up fencing in her native Kurchatov. A mentor of hers, Ildar Mavlyutov, taught her the ropes.

As a kid, she learned to fence against athletes who were many years older than she was, so she never let her small stature stop her.

She started off with a bronze medal at the 2006 Taebaek Cadet World Championships.

And then went on to win both the individual and team gold medals at the 2007 Novi Sad Cadet World Championships.

She fences foil for Russia and is a right-hander. Many medals have been awarded to her throughout her career.

In a similar vein, she is the wealthiest fencer in the history of the foil. Her wealth is estimated to be $5 million.

As of this writing, Inna is a wedded woman. In a marriage to Nikolay Raspopov, she now has a husband.

Diana Deriglazova is their child. Inna’s daughter is trying fencing out too, just like her mom did.

The child insists that her mother is unbeatable and the best there is.

After much hard work and dedication, Inna has finally been recognised in Russia as a Master of Sports.

Olympian who has competed in and won multiple international competitions. She has a wonderful life with her family in Kursk Oblast, Russian SFSR, Soviet Union.

She won the Pride of Russia award at the National Sports Awards on December 12, 2019.

She has been recognised for her achievements with the Order of Friendship (August 25, 2016).

The Medal of the Order of Merit to the Fatherland, I degree (August 13, 2012), and a Certificate of Honor from the President of the Russian Federation (July 19, 2013).

With the International Fencing Federation, she serves on the Athletes’ Commission. The First Class “For Military Valor” Medal (2016).

She was born in the town of Kurchatov in the Kursk Oblast of the Russian SFSR, Soviet Union. In 2021, she will be 31 years old.

Together with her sibling brother and sister, she grew up in the town of Kurchatov, Kursk Oblast.

Vasily Deriglazov and Nadezhda Sorokina are her parents’ names. At age 8, she took up fencing as a sport. Eldar Mavlyutov served as her mentor and teacher.