When your mother visited you in 1978 for a performance of “Torch Song” at La MaMa, you were sporting earrings she had never seen before.

When I was a juvenile drag performer, I used to steal a lot of her jewellery. She received all of my jewellery designs I made while attending Pratt. 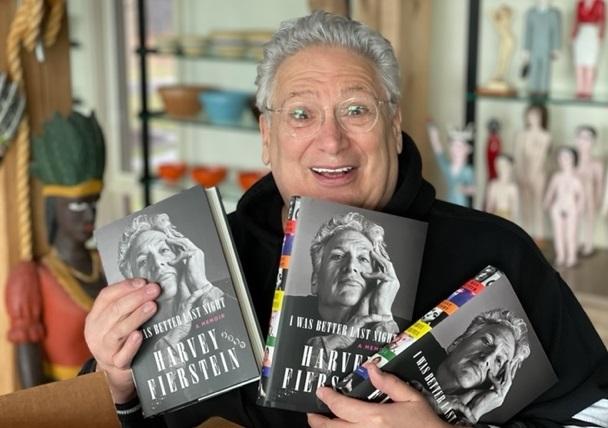 Did you Ever Feel Like Your Parents were Looking Out For You?

My father was adopted as an adult after growing up in an orphanage. He instilled in my brother and me the value of family, and he made a commitment to always be there for us.

There is no doubt that he and my mother talked nonstop about what I was doing, what I was wearing, and other things throughout many of their sleepless evenings. We had long since assumed that he was Harvey. That was something my brother once said to Lesley Stahl in an unaired interview.

So What was Your Mother’s Response to those Early, Harsh yet Delicate Plays?

She used to take me to the theatre all the time when I was a kid because she liked it so much. She also had a thorough understanding of the private lives of each of my ex-boyfriends. She was not an innocent bystander.

There is now a new world out there. When you wrote your trilogy, gay couples were less likely to have kids.

At the time, there were many LGBT children living in group homes, and they were being physically abused.

There was an urgent need for us to build a community that would take care of our children, transcending our own individual demands.

When I was a young child, my mother and I got into a debate over the Harvey Milk school in New York City, which trained LGBT youngsters.

She cautioned that if you don’t mainstream them right away, they won’t ever have the chance to live. She absolutely altered her attitude after taking a gay pupil.

The males in my play “Casa Valentina,” which was based on interviews with real straight cross-dressing men from the 1950s, didn’t agree on anything.