More
Home Gaming How to Watch Tour of Flanders?

The cobbled classics season of 2022 is well underway. The E3, Gent-Wevelgem, and a number of other weekend and midweek races in Flanders during March have given cyclists a taste for the infamous bergs and cobbles of this region.

There was no surprise in Elisa Balsamo’s (Trek-Segafredo) victory at Gent-Wevelgem last weekend. The winner prevailed over other past world champions such as Marianne Vos (Jumbo-Visma) and sprint star Lotte Kopecky (SD Worx), adding to her already excellent palmarès. 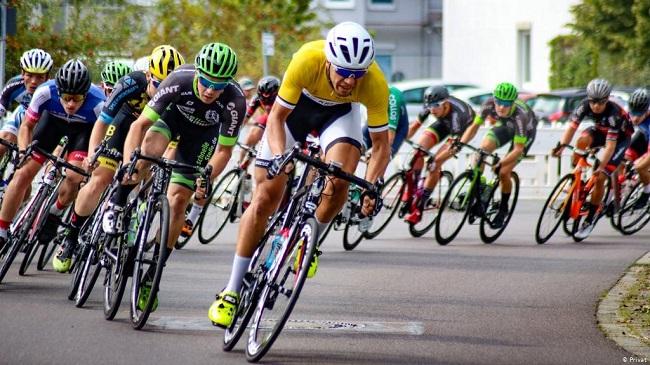 Biniam Girmay (Intermarché-Wanty-Gobert Matériaux) of Eritrea won the men’s race by a wide margin, setting a new personal best and besting the performances of much more seasoned sprinters like Christophe Laporte (Jumbo-Visma), Tim Merlier (Alpecin-Fenix), Mads Pederson (Trek-Segafredo), and many others.

Some Cyclists to Keep an Eye On in Flanders

Although Girmay will not be participating in the 2022 “De Ronde,” his teammate Alexander Kristoff will be looking to carry the team’s momentum into the second monument of the year. Wout van Aert (Jumbo-Visma) and Tadej Pogar and Matteo Trentin (UAE Team Emirates) will be tagged if they start the race.

Matej Mohori, winner of the 2022 Milan-San Remo (and dropper-post technical wizard), will be racing for Bahrain-Victorious.

After finishing third at Milan-San Remo and then winning the Coppi e Bartali and the Dwars door Vlaanderen within a few days of each other, Mathieu van der Poel seems to have found his form and is a strong contender for the podium.

The entire Israel-Premier Tech team withdrew from the race on Friday owing to injury and illness, so if you had placed on any of the riders for a top position, you may want to rethink your wager before the betting windows close.

Marianne Vos (Jumbo-Visma) is the clear favourite among the ladies, but her Dutch teammate Annemiek van Vleuten (Movistar Team), who is wearing bib #1, is not to be underestimated.

Despite the fact that American Megan Jastrab (Team DSM) is set to compete, her Dutch compatriot Lorena Wiebes is the clear favourite to place highly.

The Trek-Segafredo rider Elisa Balsamo is on everyone’s radar following a perfect run of three victories in a row. Lucinda Brand, Elisa Longo Borghini, and Ellen van Dijk will all be there to back her up. Lotte Kopecky, Chantal van den Broek-Blaak, and Demi Vollering are a formidable trio for SD Worx.

Those in Europe who can’t make it to the track can watch the race on Flo Sports, EuroSport, or the EuroSport app.