Rusting on metals is a common occurrence that occurs when metal instruments are exposed to water for an extended period of time. Rusting may happen to anything made of metal, including cars, furniture, tools, and anything else that uses metal.

If the rust is not removed from the object, it will completely destroy it. As a result, we’ve supplied you with a few techniques for removing rust from any item.

There are also a variety of commercial items that function as rust removers, and you may already have several in your home. Even if they don’t always work or are too harsh on the object. In these circumstances, you can use a homemade cleanser. So let’s get started looking at them.

The Best Way: How to Clean Rust?

Something you notice rusting on metal objects, and you all know it will eventually damage the object. I’m very sure you’re having the same problem, which is why you’ve come here.

There is no need to be concerned because we have provided you with some of the most effective methods for removing rust from any metal object, including furniture, automobiles, and other tools. So simply read the post to find them and prevent the goods from rusting and getting ruined.

Everyone is familiar with this one. Lemon is high in acitic acid, which is a natural cleaner. It’s the most common acid used in cleaners. Rust can also be removed with the acid. When mixed with salt, it is the most effective rust remover.

Simply massage the salt on the rusted area, then squeeze off the lemon juice and apply it to the rusted region that has previously been covered with salt. Allow this mixture to sit in the corroded area for a few hours.

Then use any of the tools to scrub that area. If the metal is delicate and you don’t want it to be scratched, use a soft brush with soft bristles. If there are stubborn stains on the surface, use scouring pads or steel wool. When rubbing it with soft bristles, you will have to use more effort.

You may also use lemon juice to remove rust from any cloth. We’ve supplied you with a step-by-step guide on removing rust from your carpet. All you have to do is apply lemon juice to the stained area and then apply tartar cream. Scrub the stain with the solution to completely remove it.

Because of the citric acid, the rust will be totally removed from the surface. Some stains are simple to remove, while others are more difficult and can be eliminated in 15 to 30 minutes.

When the stain is gone, wash it off. To clean it, soak it in clean water and then wipe it down with any towel. By doing so, the rust will undoubtedly be removed from that region.

We’ve supplied you with a step-by-step explanation on how to remove rust with baking soda. Simply place some baking soda in a bowl and add enough water to produce a thick paste. Now apply this paste to the rusty surface area.

Allow the paste to sit on the rusty area for a few hours. Then, using any of the toothbrushes, scrape the paste. Now wash it off with clean water and dry it with a towel.

Vinegar is the last but not least element for rust removal. It’s best for small tools like knives, screwdrivers, and other such items. It is a fairly simple and reliable method for removing rust from things, although it can take a long time. We’ve outlined how to use vinegar to remove rust from small and useful objects in this article.

Simply pour some vinegar into a bowl, then place the small rusty object in the vinegar-filled dish. Place the thing in the bowl and leave it there overnight. In the morning, take the object from the bowl and scrub it with steel wool or a metal brush to remove the stain. Then, using clean water, wash it off and dry it with any towel.

If you need to remove rust from a large object that can’t be immersed in vinegar, use this method. We also have a solution for this. All you have to do is soak a towel in vinegar and then wrap it around the rusted region. Place the rag on top of the corroded area and let it there overnight.

Everyone has to cope with rust on metal surfaces. Rusting degrades the object’s appearance and causes it to be fully destroyed.

However, there is no need to be concerned because we have supplied you with advice on how to remove the rust. To find out what they are, simply read the article. It will make dealing with rust on your everyday objects much easier for you.

I’m confident you’ll find it beneficial, and you’ll be able to remove rust off objects to restore their appearance and keep them from rusting away. 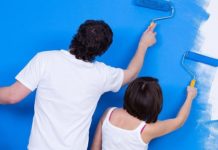 How to Paint a Room 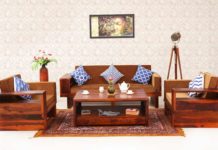 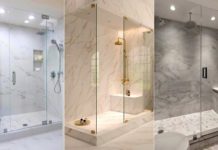