The use of instruments (such as the banjo, electric piano, or steel guitar) that are uncommon in Latin pop music, as well as the achingly nostalgic lyrics about love that are reminiscent of the traditional boleros, are characteristics of the band members Villamil that contribute to their “very specific” sound.

This band has put out rock with country influences, funky R&B, and power ballads. Martn Vargas, a band member, stated, “We can go as far as the instruments allow us.” 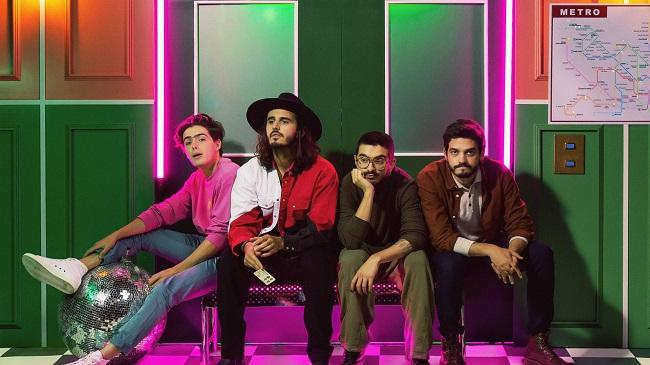 How the Colombian Band Morat Is Winning Over a Global Audience

The band’s style stands apart somewhat in a genre where reggaeton is typically the main attraction. Coldplay, Bacilos, Mac Miller, Dave Matthews Band, Ekhymosis, and of course The Beatles are among Morat’s musical influences.

The Vargas brothers, who were metalheads before becoming fans of folk-rock, as well as Villamil and Isaza, who frequently write and record in Nashville, are both major admirers of country music.

By 2021, pop music in Latin America won’t be confined to a particular sound, predicts Kevin Meenan, manager of music trends at YouTube.

The music of Morat is a microcosm of this tendency; it incorporates a wide variety of sounds and genres, frequently from areas other than reggaeton and Latin trap, which may be more widely known.

Leila Cobo, vice president of Billboard and lead for the Latin music industry, said that although there are many presumptions about what Latin music is at the moment, it is a very diverse genre.

She concluded by saying that Morat “highlights that Latin music is not necessarily what you see on the charts at any given time.” Their specialty is writing excellent pop songs with excellent lyrics. Their following steadily expands as they stay true to themselves.

A proper band was formed by Isaza, Villamil, Simón Vargas, and original drummer Alejandro Posada as they neared the end of high school in 2016.

The younger Vargas brother joined the band after Posada left to focus on his studies following the release of their debut album in 2016. Members of MORAT have known each other since they were five years old and began playing music together in grade school.