Washington — On Thursday, Democrats offered a package of presidential authority constraints in the House, which Republicans unanimously opposed in reaction to Donald J. Trump’s norm-defying presidency.

A nearly totally partisan vote of 220 to 208 adopted the Protecting Our Democracy Act, which would impose significant limitations on executive authority.

Many of the initiatives backed by proponents of stricter government ethics have been reframed as partisan concerns as a result of their connection to President Trump. 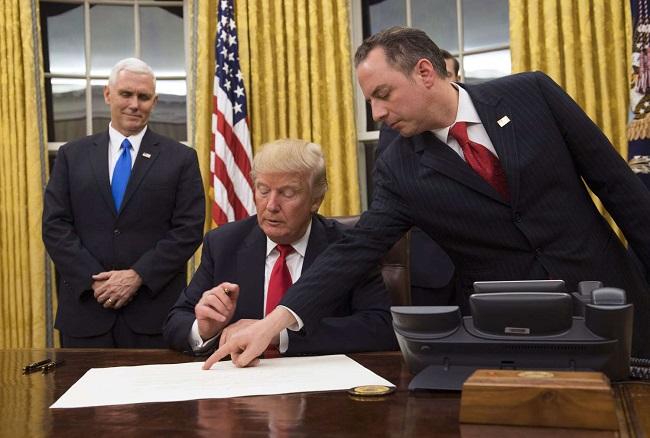 During the last administration, a “rogue president” stepped over the barriers defending our Republic, according to Nancy Pelosi, speaker of the House. A president from any party will never be able to repeat the wrongdoings of the past because Congress now has the ability and moral duty to safeguard our democracy.

Candidates for president would be required by law to submit their tax records, something that Mr. Trump has steadfastly refused to do.

The Constitution’s ban on presidents taking emoluments, or payments, would be strengthened as a result of this act.

Because of his refusal to sell his hotels, it became possible that lobbyists and other governments were attempting to buy his support by paying for Trump resort rooms—and occasionally not using them.

The bill would also mandate that certain events related to the Russia investigation, such the meeting at Trump Tower between Trump Jr. and other top campaign officials and Russians who they were told had information damaging to Clinton, be reported to the F.B.I.

Kentucky Republican Who Spoke During the House Debate

The package is now headed to the Senate, where it could be blocked by Republicans if it wins 60 votes. James Comer, a Kentucky Republican who spoke during the House debate on the measure, said there was “no visible path for the bill in the Senate.”

By segmenting the law and attaching various components to other Senate bills, it is believed that Republicans who had previously backed particular portions of it can once again receive bipartisan support.

Additionally, it would make it more challenging for presidents to pardon anyone for engaging in corruption. New protections would be put in place to prevent the arbitrarily firing of inspectors general or the reprisal of whistleblowers.

With this legislation, a president would find it challenging to spend or freeze money against the will of Congress.

The Biden administration’s lack of support from Senate Democrats has also hampered the legislation’s advancement. The White House was quoted as saying that the legislation is supported because of “the formidable but vital challenge of maintaining the norms and safeguards that prevent our democracy from deteriorating.”

Ian Bassin, the founder and executive director of Protect Democracy, commended the White House for backing the legislation even though it would limit presidential power. Some of the clauses in the bill were developed by the organisation in collaboration with House Democrats.

Bassin believes that President Obama and Vice President Biden deserve praise for deciding to support enacting restrictions on their own authority. “The White House needs to work with the Senate as soon as possible to pass these provisions,” Mr. Bassin continued.

In any case, there were certain limitations to the White House’s statement. The vague caveat that the administration would keep working with Congress to make sure that the bill would uphold

“the longstanding interests of the executive branch that are essential to effective governance, efficient use of taxpayer resources, and consistency with our constitutional structure” was included without mentioning any specific provisions. Thanks for reading our article House Approves Post-Trump Curbs on Presidential Power. 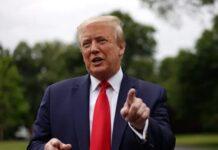