G. Woodruff, a hurdler from Panama, has previously competed in an Olympic final in her maiden appearance in the world’s most prestigious sports event, and is now preparing for the Paris 2024 games with the goal of reaching the podium.

“I am now on vacation, but I will begin training next week and train hard. “Next year, I have the World Cups, tournaments in the United States, the South American Games, the Diamond League, and the Ibero-Americans,” the Panamanian explained. 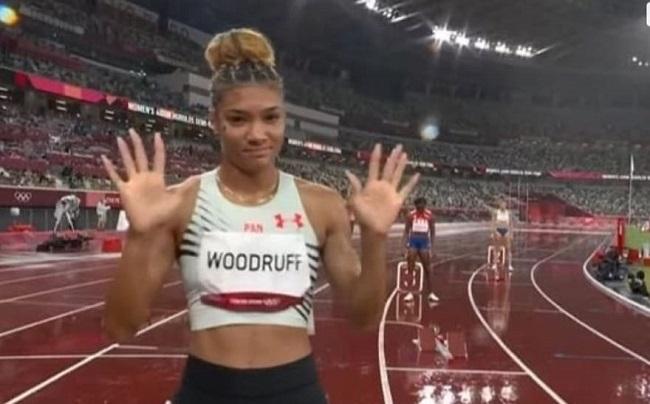 “The Diamond League was one of my aspirations, and competing in it gave me great satisfaction,” he stated.

G. Woodruff demonstrated his diamonds in the Diamond League by winning the 400m hurdles in Paris with a time of 54.59.

“It is a league where the top female athletes participate, and I am one of them, which is satisfying for my athletic career,” he remarked.

The U.S.-born athlete, whose mother is from the Panamanian city of Colón, is glad and proud to represent Panama.

She continued, “I am thrilled to be able to compete in the Olympic Games and represent Panama with honour.”

“No words can adequately explain it. I am thrilled to compete for the Panamanians and serve as a role model for the youth.”

As a child, G. Woodruff played soccer, swam, and performed gymnastics, but she also ran as part of her training.

“Sports helped me gain admission to college,” he remarked.

G. Woodruff will prepare for the world championships, South American Games, Diamond League, and Ibero-American Championship in Dallas, Texas for the time being.

“I must travel to Europe between March and April of next year before to the start of the Diamond League season,” stated Gianna, smiling and pleased to wave the Panamanian flag.