G. Fisher, an American 10,000-meter runner who placed fifth in the opening track final at the Tokyo Olympics, remarked, “You go in, and it’s like stepping into the Coliseum.”

It wasn’t simply the building itself, with its simple yet ornate latticework roof. 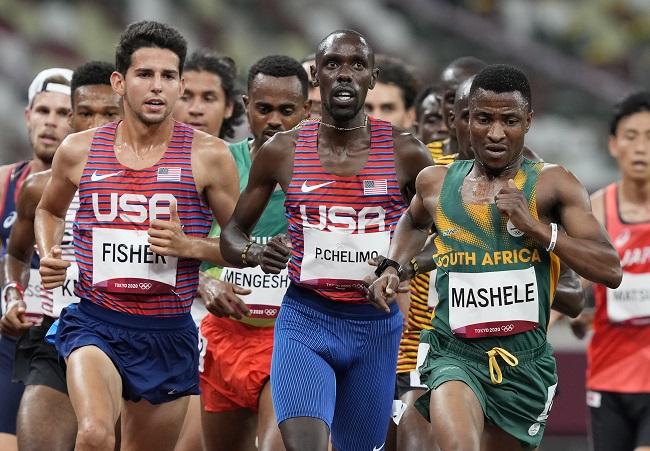 Who is G. Fisher?

A sizable cheer went up in one section of the stadium when Ethiopian runner Selemon Barega crossed the finish line first in the men’s 10 kilometre race in a time of 27 minutes, 43.22 seconds with his arms raised triumphantly. There is designated seating for delegation members at the Olympic Stadium, just as there is in all the other venues.

Following the event, the throng of Ethiopian supporters cheered and waved their flag. Just a few rows back, another Ugandan contingent showed just as much fervour in supporting their country’s silver and bronze medalists.

Even if there wasn’t quite a roaring crowd of 68,000, the atmosphere all night long felt like a major competition.

After competing in the Olympic Games in Tokyo, G. Fisher will come home with wonderful memories but no hardware.

The Grand Blanc distance runner placed ninth in his final Olympic event, the 5,000 metres, on Friday. He had previously placed fifth in the 10,000 metres the week before.

After winning the 2017 NCAA outdoor 5,000-meter title at Stanford, where he was a 12-time All-American, G. Fisher competed in his debut Olympics.

A two-time state and national cross country champion for Grand Blanc High School, he also ran the eighth sub-4:00 mile by a high school runner in the United States.

With much of Japan remaining in a state of emergency due to the COVID-19 outbreak, cancellation was still a possibility right up until the day of the event. While the big sporting event continued, spectators were barred from entering the venues.

Rain threatened to cancel Sunday’s closing ceremony, but the clouds finally parted in the late afternoon.

Finally, after 17 trying days, the Summer Games were able to pull through. Thanks for reading our article for more Information About the G. Fisher Olympic Games Tokyo 2020.