More
Home Errors How To Fix Fitbit Not Syncing

Fitbit is a smart device that is used by most people to measure their fitness activities. These activities include running, walking distance, Heartbeat, pulse, and much more. This can be done by syncing the Fitbit with your device. It may be an Android or iPhone or any computer device of your choice.

There may be an issue in syncing your device with the Fitbit. If you are one who gets these issues while connecting the Fitbit to your device. We provide you with the methods that are safe and secure to use and implement your way. This article is specially dedicated to you guys to solve this issue.

The general cause of the Fitbit sync problem is the disconnection between the Fitbit and the device it previously connected with. The device may be iPhone, Android, Computer, Tablet, and others. It also occurs due to connecting many devices to the Fitbit at the same time. It can also occur due to the Bluetooth disconnectivity or any other minor glitches in both devices.

These are some of the causes for Fitbit’s non-syncing and its errors.

How To Fix a Fitbit Tracker Sync Problem?

This method shows that the Fitbit needs some external push even after connecting it with the device of your choice. In order to force the sync from outside, Follow the steps listed below:

Tip: Bluetooth can be turned on and off from quick menus on smart devices. On the iPad OS, swipe downwards on the upper right corner to access these menu settings. On Windows, Android phones swipe down for the related settings.

3. Install The Fitbit App On Your Device

When you purchase a Fitbit tracker, you have to install an app and configure the settings on the app. This may not happen when you get it for second-hand use. Installing the Fitbit app will help you to easily set up the device.

Always ensure to update the Fitbit app on a timely basis to avoid sync issues. Updating the Fitbit is one of the solutions to fix the issue.

5. Only Sync The Fitbit To One Device

Connecting the Fitbit device with Bluetooth and wifi can cause you the Fitbit non-syncing issue. This can be resolved by disabling the wifi option of the device.

The Fitbit devices have extraordinary battery life and charge range. But, it is suggested to charge the battery of the Fitbit device on a daily basis to avoid any discrepancies in syncing the Fitbit to your device. This is one of the reasons for the Fitbit device’s non-syncing. It may either run out of battery or dead.

Restarting a Fitbit device may vary from device to device and model to model. It usually involves plugging into the USB (Universal Serial Bus) charging cable slot. All you need to do is to plug in there, wait for 10 seconds, and hold the main button. If the process is correct you will get to see the Fitbit logo on your screen and restarts your device.

NOTE: Restarting the Fitbit device won’t delete or affect any existing or saved data other than notifications.

Restarting is usually done after encountering any of the methods mentioned above, like wifi, Bluetooth connectivity issues, or the Fitbit device connected to a multiple numbers of devices.

If the above-listed methods didn’t work out for you then, this is one last method that you should try to recover from non-synching. Resetting your Fitbit deletes all the data on your device and makes it afresh. But don’t worry. You can reset any of the Fitbit device’s data after the resetting option.

Resetting the Fitbit differs from one model to the other and from one version to the other. Some Fitbit models require inserting a paper clip into a prescribed hole. While others can be done by changing the device settings.

NOTE: Some of the Fitbit models like FITBIT SURGE and FIT BIT BLAZE has no factory reset option available on the device for resetting purpose.

If you are also the one struggling to fix your Fitbit to your selected device, then you should follow the methods mentioned above. I hope these solutions will give you results and make your Fitbit device work accordingly. 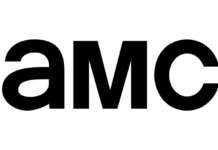