One of the things that make slot machines so appealing is the fact that even brand new players can pick up the game instantly and be in with a chance of winning from their very first go.

The very first slot machine was designed and built by a mechanic named Charles Fey, in 1894, and he had managed to come up with a way to make slot machines incredibly popular.

Although similar machines did already exist before Fey’s model was developed, they required an attendant to pay out when the symbols on the reels matched. Fey used his mechanical and engineering skills to design a game that would pay winners automatically, and this idea tipped slots from an interesting novelty into a game that could be installed anywhere without needing its own staff.

By 1895, the games had proved a huge hit, to the extent that Charles Fey opened a dedicated slot machine workshop within the next couple of years and designed the familiar Liberty Bell slot machine in1898. 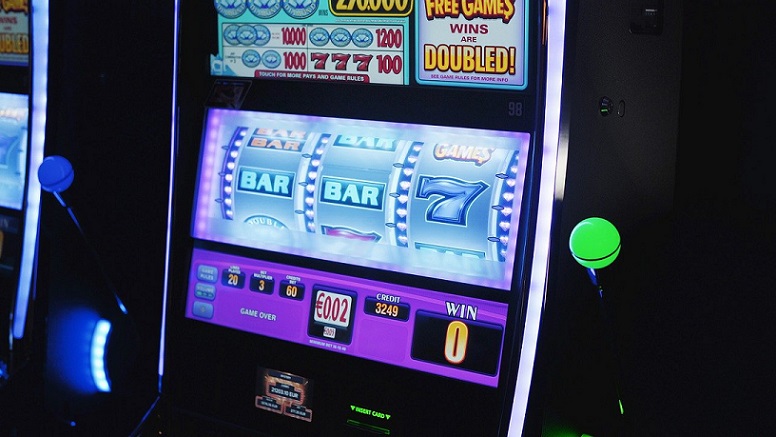 Throughout San Francisco, saloons were showcasing Fey’s work and players couldn’t get enough of the game which soon spread throughout California and then into other states.

The state of Nevada was hard hit during the Great Depression and one effective solution was to increase the tax revenue by legalising games of chance and allowing the introduction of casinos.

As Las Vegas became the gaming capital of the country, slot machines became an important part of the casino culture, and as technology evolved, so too did these incredibly appealing machines.

The Rise of Video Slots

For those that wanted to enjoy the fun and excitement of a casino, slot machines offered a relatively low-stake way to get a piece of the action whatever their budget. As one of the most popular games found in casinos, it was no surprise that the makers of games machines wanted to capitalize on that to make games that would keep people coming back.

The technological revolution changed almost everything, from banking and shopping to entertainment and leisure. As analog gave way to digital, slot machines followed suit and video slots began to join their traditional counterparts on casino floors.

It wasn’t long before technology advanced to the extent that online gaming was becoming a big business. The internet swiftly became ubiquitous and gamers were using home computers, mobile phones, and tablets to seek out opportunities to take their entertainment with them wherever they went.

Apps became a popular choice for fans of casino games that wanted to be able to play them at their own convenience, and online slots were the next natural step for the gaming industry.

Websites offering casino games took advantage of the ease with which slot machines could be translated into a digital format using the latest technology which also offered the opportunity to make the games more varied.

From adding different themes to including a variety of bonuses and free spins that wouldn’t have been possible on traditional machines, online slots soon became one of the most popular games in online casinos.

While the appeal of traditional slots was their simplicity and the fast pace of the gaming action, online slots managed to combine those things with a much more varied experience. As well as the goal of matching different symbols, online slots can include as many pay lines as can reasonably fit on a screen and mini-games within the main game to give players a more engaging experience.

Experienced players can always find their favorite type of slot game, and those that are new to the world of slots can choose ones with familiar themes or appealing graphics to ease them into the world of online gaming.

There are a number of slots that are based on some of the biggest hits from popular cultures, such as:

Whatever you’re into, you can find a slot machine that will have all the in-jokes, fan-only references, and interesting trivia that you want from a game, plus the opportunity to win some cash.

The Benefits of Online Slots

One thing that sets online slots apart from their traditional counterparts is the wide variety of special offers, bonuses, and promotions on offer to players. While some slots would offer free spins, the inclusion of online slots on casino websites means that players can make the most of sign-up bonuses, deposit-matching schemes, and a variety of other promotions offered by the host site.

Players that want to maximize their potential winnings without increasing their cash outlay can sometimes combine offers to make the most of seasonal promotions, loyalty bonuses, and other freebies that will help them to get as many free spins as possible and increase their playing time whatever their budget.

From humble beginnings to a multi-million dollar global industry, slot machines have adapted and evolved to ensure that the players’ experience is always a priority. While mechanics and motoring engineers have been replaced with web developers and coding experts, the appeal of the game still lies in its simplicity, and players are still entranced by the sight of the spinning wheels that could land on a winning combination.