More
Home Apps What Is Elara App And Why Does It Prevent Windows From Shutting...

Have you ever experienced troubles while shutting down your laptop? Ever witnessed any shutdown problem even when there’s no system-specific program running in the background of your computer system? Well, if you have, then we have a solution for your problems.

In this article, we’ll discuss what causes your system to cancel the shutdown process, the functionality of the application responsible for the said cause, and all the steps involved to stop the application from controlling.

What Is Elara App?

Every single computer manufactures thousands of small components to build their machines. The parts are obtained from different small manufactures. These components can be found in many different brands such as HP, Samsung, Toshiba, Dell, etc., due to them being commonly used by individual manufactures. 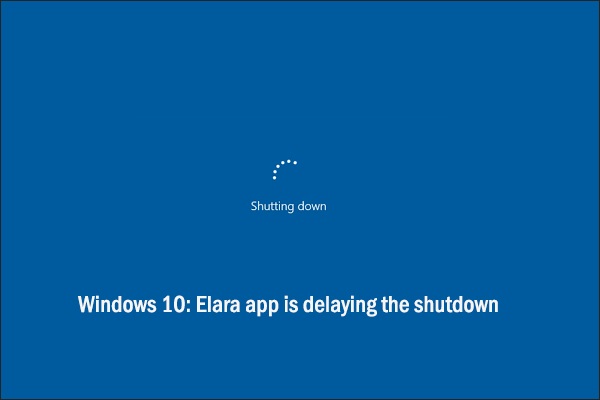 The Elara App works as a driver which controls these components for them to be able to interconnect with the final machinelarae’s operating system. It is connected to the touchpad of a laptop and comes pre-installed with the operating system.

The App is installed in the computer’s touchpad driver as well as that in the “Program Files” folder. You can spot this App inside the Task Manager under the “ApntEX.exe” form.

Why Does Elara App Prevent Windows from Shutting Down?

Nonetheless, for several users, the App has caused some issues, particularly preventing them from not being able to shut off their computer systems. It should be noted that if the App has been installed on the computer, then it is always running in the background.

Thus, when Windows shuts down instead of shutting down all the processes in the background, the operating system sensing the Elara App running cancels the shutdown process and reminds the user of the sensitive task.

Can It Be Disabled?

Many users have reported that there have been negligible side effects from completely removing or uninstalling the touchpad driver. If you want to remove Elara App by killing the process in the Task Manager, it should not affect the computer’s functionality. But some user has reported that while doing so, they have lost their touchpad functionality.

Undoubtedly, one should be really cautious with this pre-installed App. Otherwise, you might face some touchpad malfunctioning. Having said that, the results might vary from one user to the other.

If Elara App is preventing Windows from shutting down, then follow this step-to-step guide to fix the issue.

Step 2: Further, Click on the “Details” tab. This tab contains the complete instructions about the programs running in the background.

Step 3: Let’s move ahead. In the tab, you will spot “ApntEX.exe”. Click on that process, and afterward, select the “End Task“ button on the bottom of the box.

Step 4: This will finally cancel the Elara App. Without a doubt, it should no longer prevent the Windows from shutting down.

It should be noted that this is a temporary method, and the next time you boot your computer system, the App will restart.

In conclusion, this article has discussed an innocuous application. The Elara App that appears to be harmless can sometimes cause distress to the users with its functionality. For this reason, users should always look out for any suspicious activity that could be caused due to malware disguising as Elara. One should remove all related apps and processes.

The steps to closing the Elara App temporarily might damage your touchpad functionality, so make sure you have a mouse to your aid. In addition to this, we suggest that you run your system with antivirus or anti-malware software. It might not be malware, but it’s always pleasant to check once. 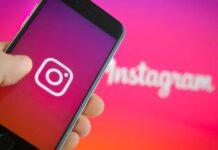 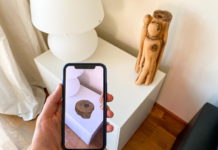